*urges Public, pr*says government must be committed at implementing policies vate partnership to save education sector 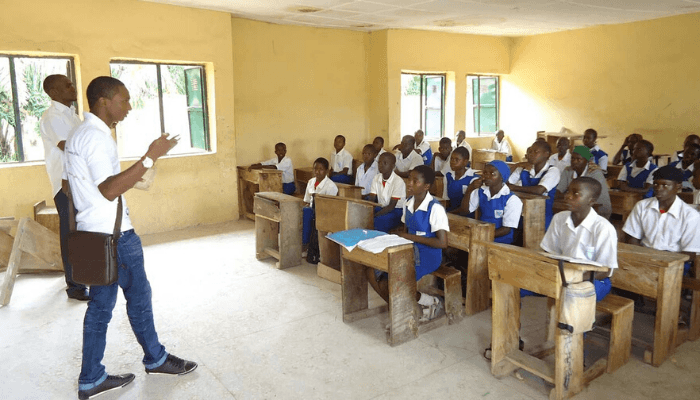 Nigeria’s problem is not the scarcity of human and natural resources, but leadership and followership, according to experts in the nation’s education sector, blaming the nation’s leadership for their failures to implement laudable education policies by technocrats.

They called on corporate organisations, industrialists, faith organisations and non-governmental organisations to rescue the nation, in form of public private partnership to save the sector from imminence collapse.

In their views, Nigeria’s educational system has been in the doldrums for decades, largely due to lack of commitment by the nation’s leadership. However, the COVID-19 pandemic, unarguably a major global health crisis, has further exposed the crisis within Nigeria’s education sector as governments and educational institutions including stakeholders struggle to adjust to a new normal in the face of uncertainties.

It was indeed a broad session, touching on education, health, economy, Politics, and other vital national and international issues.

”No matter what indicators need, we are worse than we were in past time,” Julius Ihonvbere said, adding ” The standard of living of average Nigeria is fallen in education, health and social services – all these have suffered tremendously. ”

His argument is that the structural transformation required for change is yet to be placed, resulting in the depreciation of our relative importance in the world.

He blamed the problem on the elite, which includes leadership and followership, saying: ” we have been let down by the elites. Our education system has fallen and we need to have a new discourse on education.’’

Ihonvbere, who noted that over 20 bills on education were passed by the National Assembly without being implemented by the executive arm of government, assured Nigerians that ‘’come next year, education sector will be accorded a befitting budgetary allocation with strict compliance as regards implementation. Members of NASS will ensure right pegs in the right holes.’’

Said he: ‘’we have brilliant ministers, permanent secretary, directors, technocrats but we are witnessing a failed education system, due largely to lack of commitment in terms of funding and implementation of policies. Many of our lecturers today can’t afford PC, academic journals have disappeared. What we have now is cultists group etc.,’’ Ihonvbere stressed.

The educationist, therefore, stressed the need for soul searching ” as to where we have gone wrong and how to overcome these, ” adding that a redefinition of Nigeria’s educational system was necessary ” if the Nigerian dream towards economic development is to be attained in the near future. ”

Speaking at the occasion, the founder, Al-Amanah Academy Kaduna, Fatima Hamza, called on administrators of public schools to always liaise and cooperate with their private school counterparts for quality delivery of good education contents to the nation.

Noting that a lot of creativity has come out from the COVID-19 chaos, stressing to achieve ‘’our objectives, there is a need to improve the confidence of teachers at all times.’’

In her word: ‘’I have seen innovation coming to light and many learning styles coming up and students appreciate greatly. As new skills are coming out, digital literacy has shot out. Many 21 century skills are shooting out. Teachers for the first time are truly appreciated by the parents for what they are doing in that tech space. I feel that there is a lot that the private sector is doing and am of the view that we can be partner to the government towards successes,’’ Hamza said.

For Uchenna Onwuamaegbu-Ugwu, she called on the private sector to adopt a public school, saying there are too many private schools on the land.

In his remarks, the minister of state for education, Chukwuemeka Nwajiuba said government does not have all the resources for funding education. He appealed to private organisations and well-meaning individual to come and adopt some of government schools rather than establishing new ones.

The government, he explained does not know all. We are ready to partner with individual and organisations wishing to adopt any of our schools.

The minister stated that “Government will only regulate. Nobody in public knows all. We need to take everybody along at efforts to salvage the nation’s education sector.’’

The minister who promised to make the system workable, however, stressed that the education ministry “will change the current curriculum soonest.

He commended the organisers of the event, saying: “their efforts worth emulating.’’

The webinar was moderated by Modupe Adefeso-Olateju(Dr), an education policy expert specialising in Public- Private partnerships in education. She is the managing director of The Education partnership centre (TEP Centre).