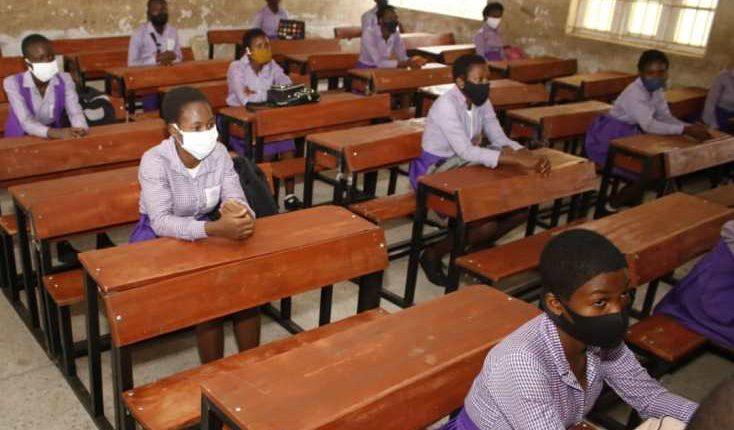 Though Delta State Commissioner for Basic and Secondary Education, Patrick Ukah has expressed satisfaction with the turn out of Senior Secondary School (SSS3) students in schools across the state, he is displeased with their coming late and wearing multi to school.

To this end, he has urged stakeholders in education sector, especially parents and teachers, to support students as schools reopen in the state.

Ukah made the call during the continuation of the monitoring of schools in the state, Wednesday, in order to ascertain the rate of compliance with the resumption by teachers and students.

Ukah also frowned at parents who allowed their children to resume school without their uniforms as some of the students were seen in classes on mufti.

The Basic and Secondary Education Commissioner urged teachers to always continue to display exemplary attitude and behaviour for their students to emulate, noting that the future of every child rested mainly on them.

While stressing the need for parents and community leaders to prevail on their children, especially the SS 3 students that had not resumed to come back to school and participate in the revision classes before their Senior School Certificate Examination (SSCE) scheduled to commence from August 17, 2020.

He said that students in other classes, particularly Junior Secondary School (JSS3) students and Primary Six pupils, had not been told to resume. He added that in no distant time, they would be informed of their resumption dates.

Ukah, who called on communities to own and protect school facilities in their areas, said that government would not condone any act of vandalism of school infrastructure.

Other members of staff of the ministry and those from the Post Primary Education Board (PPEB) are also monitoring the resumption of schools throughout the state.

This is in addition to a 5-member committee put in place in all the local government areas of the state to monitor compliance with COVID-19 protocols in the schools.