Transport system and productivity in a mega city 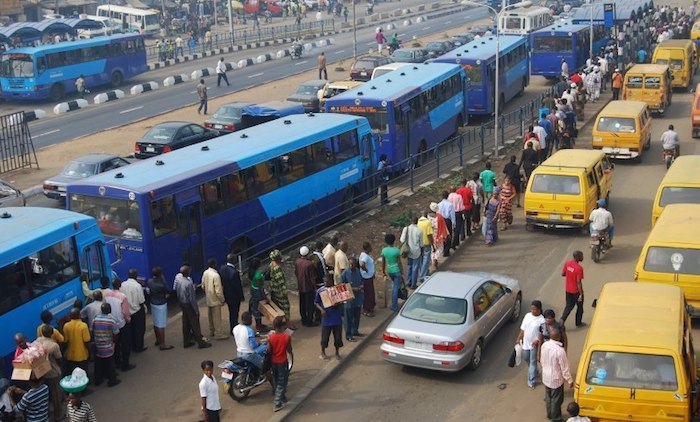 Besides being a major aid to trade, transportation is also an economic growth enabler, especially in large cities. A good transport system is a strong encourager of productivity in any economy, big or small.

Transport can encourage firms to locate near one another, bring them closer to their supply chain and share expertise. The increase in concentration, also referred to as agglomeration economies, improves firms’ performance and increases productivity.

It is, perhaps, on the basis or understanding of the above that the Babajide Sanwo-Olu administration in Lagos has prioritized Transportation in its THEMES agenda, knowing that, as a mega city, Lagos needs an efficient transport system that promotes and encourages productivity.

But placing Lagos as a megacity side by side with the disquieting transport system in the city raises concerns. Transportation system in Lagos and the city-wide gridlock are such that they impact negatively on the state’s economy by killing productivity.

To underscore its concerns with the state’s transport system, the United State’s Consulate, Lagos gathered experts at a Webinar where a hard look at the city’s transport system was taken and a verdict given that the system has failed, given its never-ending traffic congestion story.

By reason of its population, Lagos is a mega city but one with a very difficult environment. This is made worse by its small land area estimated at 358,862 hectares or 3,577 square kilometer, which is about 0.4 percent of Nigeria’s total land area.

Experts at the Webinar noted that increasing gridlock limits growth of businesses, causes severe physical and mental stress for the average Lagosian who stays in traffic for an average of 10 hours a day in order to carry out his daily activities.

Robin Hutcheson, director of public works, Minneapolis, USA, said Lagos is fast becoming a world economy that is growing rapidly. We agree with him, but to support the growth of its economy, we see need for the state to invest in its transportation system. This is because investors will only come if they see there is an ease for people to get to work.

Besides repurposing space and effectively removing more people per hour and per lane by converting a lot of space to bus-only lane, we are of the view that Lagos needs to urgently improve traffic situation by investing in a three-leg transport system such as rail, mass buses transit and ferries, which will also drive job creation and business growth.

That is not all. Poor and insufficient infrastructure stock are at the core of Lagos transportation problem. Apart from undeveloped water-ways, rail transportation for mass movement is largely non-existent in this city with an estimated population of 20 million.

It remains to be seen how the state is revolutionising its public mass transit system. It needs to fully develop water transportation system as a way of utilising the natural resource it has as a coastal city.

For 11 years, the state has been working on its well intentioned rail system planned to mass-move people from Okokomaiko to Marina on Lagos Island. It is the same story for the reconstruction and expansion of the Lagos-Badagry Expressway from four to 10 lanes.

Because of these failures, commuting from Badagry to Okokomaiko and from Mile 2 to CMS, is a nightmare. Apart from the high risk of ‘Okada’ hailing which is common on that route, commuters pay more and spend long hours on real traffic gridlock.

It beats the imagination that the socio-economic benefits of that expressway, in terms of business opportunities and increased real estate activities, all of which will generate revenue to the state, seem to be lost on the state government.

Though the Sanwo-Olu administration is doing its best with roads rehabilitation, it needs to do more, especially with early repair of failed portions of roads. Many rural roads are left to deteriorate and collapse before they attract government attention. That shouldn’t be the case.

Mortgage sector: Bailout or another recapitalization?