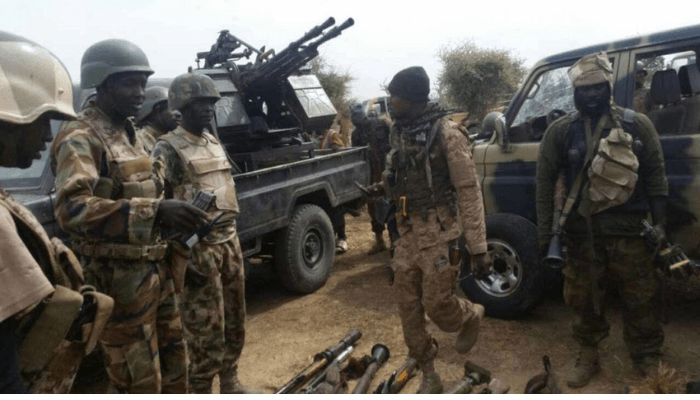 Before now, Abuja, the nation’s seat of government, was regarded as the most secure and safest place of abode where people run to for protection when other parts of the country are under attack.

But all that is now history going by recent events in the city, such as the Kuje jail break, the terrorist attack on men of the Guards Brigade in Bwari which claimed lives of two army captains and three other military officers.

Incessant jailbreaks across Nigeria have seen more than 3,000 inmates freed since the start of 2021, media reports show. With the latest attacks in several parts of Abuja and the Federal Capital Territory, there seems to be no safe place again in Nigeria.

Nigeria is synonymous with jailbreaks that have become more rampant in recent years, but it is the first time in that period that Abuja is being targeted, leaving many shocked and in fear over how safe they are as the West African nation battles a cycle of violence blamed on Islamic extremists and on armed groups mostly in the country’s troubled north.

Let it be made clear that Nigerians are tired of the issuance of press releases from the State House after every deadly attack. Enough of apologies and excuses

Official statement from the Nigerian Correctional Service (NCS) notes that 889 prisoners escaped from Kuje Prisons, including Boko Haram terrorists. According to the official statement, 559 prisoners remained in the prisons after the attack, 443 have been recaptured and 443 are at large.

Members of the Islamic State West Africa Province (ISWAP) later claimed responsibility for the prison attack. The Islamic State-linked group is an offshoot of the Boko Haram militant group that has launched a decade-long insurgency in northeast Nigeria.

The Kuje incident is Nigeria’s 20th jail break in seven years. Across the country and on social media platforms, Nigerians have expressed anger, worry and are calling for an end to the mayhem.

When the former Nigerian Prisons Service went through a name change to Nigerian Correctional Service in 2019, many people thought it would translate to better and efficient service delivery, but the challenges bedevilling the service have not stopped. Its motto in the part reads “Protect the society; reform the prisoner.” but these issues query the veracity of its motto and its operations.

Prison capacity in Nigeria, across all facilities, is put at 50,000 but the actual population of Nigerian prisons is over 70,000 spread across 253 custodial centres in the country with the number of prisoners on the increase over the years.

While data from the National Bureau of Statistics show that the Nigerian prisons were overcrowded by 34.2 percent in 2016, those from the Nigerian correctional service shows that the overcrowding increased by 48 percent in 2022, showing a 12 percent growth in overpopulation of prisons between 2016 and 2022. The prison population in 2016 was 67,329 and grew to 74,675 in 2022.

That bandits could easily attack Kuje prison which the supervising minister of interior Rauf Aregbesola described “as the most fortified in the country” is very unfortunate and shows the level of decadence in the level of security in Nigeria.

Even President Muhammadu Buhari could not provide answers to questions from citizens about how the attackers overwhelmed the security forces on duty and about how safe they are in the country of over 200 million people. Rather than give answers, Buhari had more questions instead.

“How can terrorists organise, have weapons, attack a security installation and get away with it?” Buhari tweeted.

This reaction, coming from the president who had been an army general, has left the public bewildered with many pointing to the statement as an admission of incapacity, frustration and helplessness to deal with the armed groups. And as is common in previous incidents in Nigeria, no government official resigned, none was penalised for the attack.

Beyond the symbolism of the attack happening right next to the seat of power, the State House, it can be rightly said that the increasing inability of security agencies to put up adequate responses to the loss of lives and properties across Nigeria is pointer to the correspondingly worrying level of sophistication by the group.

Indeed, the apparent incompetence of the Nigerian security chiefs has made Nigeria more insecure to the extent that other countries are warning their nationals to steer clear of Nigeria. Kidnapping for ransom is now rife. Police demand financial gratification before they will make any move to rescue a kidnapped victim. And this is very unfortunate. Nigeria is moving to the state of anarchy.

Today, both the citizens and residents live in fear as no one knows who would be the next target. We, therefore, advise President Buhari to for once sit up and discharge his responsibilities as president and commander-in-chief of the armed forces of the federation.

There is fire on the mountain and the only solution is a clean sweep and realignment of the nation’s security architecture. Let it be made clear that Nigerians are tired of issuance of press releases from the State House after every deadly attack. Enough of apologies and excuses.

Implication of more lending to the Nigerian economy