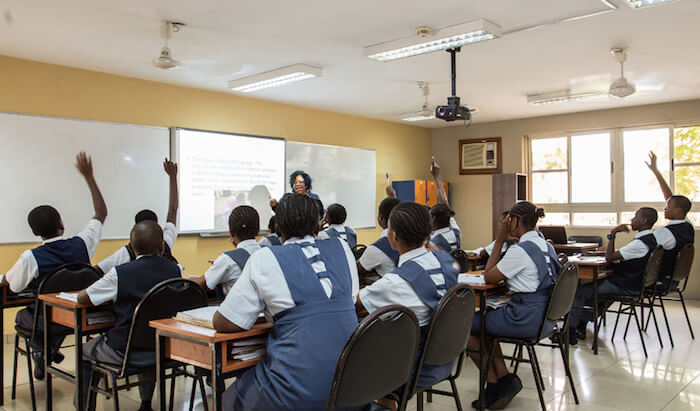 On Monday, 18th January 2021, schools across the country resumed classes for the 2020/21 academic session. While children in the southern states comfortably returned to their schools, the same could not be said for those in the northern states, especially North East and North West.

Although primary education is officially free and compulsory, regrettably, one in every five of the world’s out-of-school children estimated to be 15 million are said to be in Nigeria. It remains to be seen, what the government’s plans are for these future leaders who roam the streets at a time they should be in their classrooms learning. The challenges facing basic education in Nigeria include; – over- crowded classrooms, dilapidated and ill-equipped classrooms, inability of many parents to pay tuition fees, and attitudes to western education especially in the north. Others are, poorly trained and poorly paid teachers, cultural factors, nomadic communities and the Boko Haram Islamist insurgency as well as lack of funding.

The current attack on educational opportunities in the North will have long-lasting ramifications on the prospects of the region’s development. With restricted access, the crisis has already made the achievement of Sustainable Development Goal 4 on quality education more difficult to achieve as it denies access to education to many children. According to UNICEF, these out-of-school children “face a higher risk of recruitment by armed groups, child marriage, early pregnancy and other forms of exploitation and abuse.” They also remain fundamentally ill equipped to contribute to a post-conflict economy productively.

In Nigeria, learning poverty is rampant. A recent study found that only 20% of the children in the North East who completed primary school could read and comprehend a simple sentence either in English or their local languages. What this means is that just being in school is not enough. It is not an automatic precursor to learning and the development of human capital.

This knowledge deficit in the North (and indeed, all over Nigeria) is placing the population at a severe disadvantage. Without basic skills, children will fail to flourish later in life, whether in more advanced stages of their schooling or when they join the workforce. They will not have access to productive activities to provide for their families.

But the attack on schooling opportunities for children goes beyond the destruction of infrastructure. A climate of fear makes the mere act of going to school a highly risky endeavour. Boko Haram’s abduction of schoolchildren in Borno, Yobe and recently Katsina states was the most extreme and widely-reported symptom of a broader, often under-reported, threat: the systematic attack on school teachers and students. The terrorists’ aim is to undermine the very institution of formal education. By the end of 2018, more than 2300 teachers were estimated to have been killed while over 15000 classrooms have been destroyed.

It adds to other factors that severely limit the effectiveness of teaching and education, even when children can attend school. Boko Haram has not only turned teaching into a dangerous vocation. It has also damaged the societal standing of this profession. Fear of violence and reputational loss has made the hiring of educators increasingly tricky, leading to an even more severe scarcity of teachers. This shortage has led to a teacher-to-pupil ratio well below national guidelines.

And there is yet one more problem. Children growing up surrounded by conflict are far more likely to develop psychological responses to trauma. Such reactions can significantly hinder their comprehension, their ability to produce work, their engagement in learning and their trust. These children are far less likely to grow up to be positive, productive individuals in their society. Instead, they are exposed to a life of criminality and violence.

Therefore, the multidimensional attack in the North requires an equally multifaceted reaction. Children need a strong initiative tailored to specific needs of their regions. This strategy must begin with re-education of teachers to help pupils coming from traumatic experiences, supplemented with greater access to guidance counsellors, trained in trauma healing. Building positive relationships, fostering positive emotions through affirmative training, and teaching character strength are paramount to the recovery of children who have suffered. The education system must go beyond teaching students to read to developing the type of relationships that children in conflict-prone zones require. Any efforts in this regard must begin at the policy making level.

Negative perceptions of electricity tariff increase have to be fixed

FG, crude oil theft, pipeline sabotage is getting out of hand