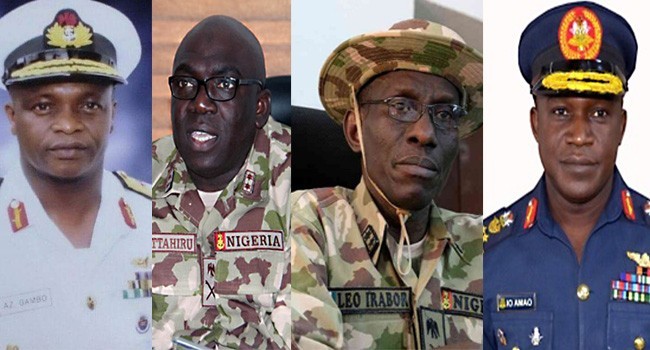 Nigeria’s security situation can be likened to a mother hen that cannot protect its chicks against the hawk. Although unlike the mother hen, Africa’s most populous nation has inadvertently empowered its predator by the way it funds its security and law enforcement agents and a deficient system of gathering, sharing and using intelligence.

Nigeria exemplifies the insecurity situation on the African continent. The rising concern about insecurity cannot be explained outside the numerous terrorist attacks by the Boko Haram and bandits.

These insurgent and terrorist groups have claimed responsibility for a litany of kidnappings in exchange for ransom. The crime rate is rising. There is also the emerging culture of violence perpetuated by legal and illegal revenue collectors, youth militancy and cultism, the herdsmen-farmers conflict and other factors of insecurity that have been a regular feature of life in the country.

The security of lives and properties is a statutorily imposed duty on the government through the law enforcement agents, and a right guaranteed to the citizens of Nigeria.

Some have argued that a major reason for Nigeria’s inability to deal with the rising insecurity is poor security funding and a deficient preventive intelligence gathering system.

In the last 10 years, Nigeria has reportedly spent ₦6 trillion on security amid a worsening security situation. In fact, the latest figures from the global terrorism Index (2019) ranked Nigeria as the third-worst country exposed to terrorism with no improvement recorded since 2017.

Among countries with similar security challenges, Nigeria’s death toll from terrorism has increased. Save for Afghanistan, the total number of deaths in Iraq, Somalia, and Syria fell.

When Tukur Buratai, Nigeria’s former army chief, requested for the cap on military spending to be removed, this shot Nigeria’s security budget to the second-largest in sub-Saharan Africa. Buratai’s request was to help free-up funds in the fight against terrorism.

Nigeria’s nominal position of having the second-largest military allocation in sub-Saharan Africa begins to pale out when compared to South Africa through the prism of population.

There is no doubt that beefing up security in Nigeria requires additional spending on both the military and other security agencies. But there are studies that also show that Nigeria’s security funding architecture has in some instances bred corruption.

In a 2018 report, “CAMOUFLAGED CASH, How ‘Security Votes’ Fuel Corruption in Nigeria,” Transparency International Defence and Security argued that, although security votes are a relic of military rule, it continues to exist. These funds are provided to certain federal, state and local government officials to disburse at their discretion.

Among average Nigerians, the phrase ‘security vote’ is synonymous with official corruption and abuse of power. Yet the beneficiaries of security votes – politicians and security officials – argue that they are needed to subsidise the operations of Nigeria’s overstretched and underfunded federal security agencies.

An analysis of 29 state budgets (no data exists for 7 states) shows they spend an average of $580 million (N208.8 billion) in total each year on security votes.

Even though security votes lack any legal or constitutional basis, it is unlikely that federal, state and local government entities will stop using them without being compelled to do so.

A ban on the use of security votes should be accompanied by legislation specifying budgeting procedures and criteria for security expenditures. These should meet international best practices, incorporate oversight mechanisms, transparency standards and strictly defined conditions for the use of contingency funds or ‘black budgets.’

Additionally, sophisticated intelligence gathering in Nigeria has not come of age. The Nigeria Police do not possess the required skill to secure a crime scene, conduct efficient evidence-gathering procedures such as lifting fingerprints from a crime scene. There is no credible criminal database, limited capacity to use forensic science in solving crime, and so on. Until recently, we could not trace a criminal using his mobile phone records.

Ensuring transparency, accountability in Nigeria’s security budget execution and improving the use of forensic science in solving crime offer Nigeria pathways to the protection of lives and properties.

Mortgage sector: Bailout or another recapitalization?