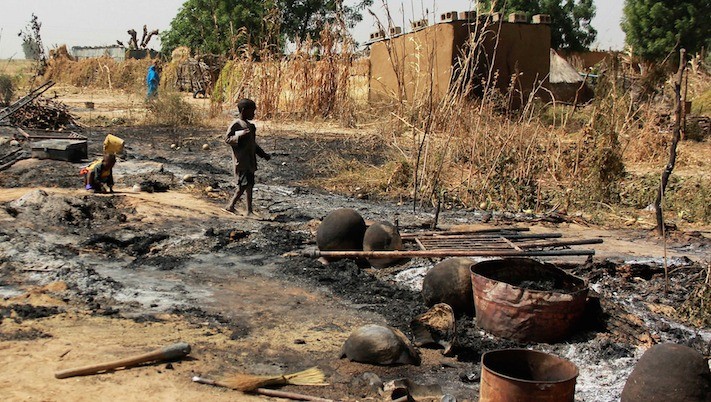 Nigeria, Africa’s most populous nation and self-acclaimed largest economy on the continent, is currently at war with itself and this arises from growing internal insecurity that passes easily as a conflagration.

From armed robbery during Olusegun Obasanjo’s regime to militancy in Umaru Yar’Adua’s tenure, Nigeria under Muhammadu Buhari has metamorphosed into a den for kidnappers, terrorists, bandits, murderous herders, and violent insurgents.

Children are carried away from their schools, travellers are ambushed on highways and people are kidnapped and ransom paid or they are killed right in their homes or on the streets.

A report by SB Morgen, a Nigerian consulting firm, estimates that between 2016 and 2020, Nigerians have paid over $11million as ransom at various times and in various places to secure the freedom of beloved ones from the clutches of kidnappers.

In the same vein, the International Committee of the Red Cross (ICRC) in Nigeria has a caseload with nearly 23,000 missing people, its largest in Africa, out of a total of 44,000 missing on the continent. It is the ICRC’s highest number registered in any country in the world.

Curiously, all these are happening in a country where security votes provided for the president, state governors and even local council chairpersons run into billions of naira. Insecurity is also rising in the country at a time when security spending under the present government has ballooned to unimaginable levels.

Though among average Nigerians the phrase ‘security vote’ is synonymous with official corruption and abuse of power, the beneficiaries of these votes argue that they are needed to subsidise the operations of the country’s overstretched and underfunded federal security agencies.

Transparency International estimates that these secretive, unaccounted-for cash expenditures add up to over $670 million annually. An analysis of 29 states budgets (no data exists for 7 states) shows they spend an average of $580 million in total each year on security votes.

Painfully, amid these bogus spending on security votes, states like Kaduna, Benue and lately some states in the South East and South South have become thriving markets for kidnappers and, worse still, killing fields for Fulani herdsmen, bandits and violent insurgents.

To a very little extent, we agree with apologists of government that insecurity is a global phenomenon. Be that as it may, Nigeria’s case is different. Insecurity here has assumed a terrifying dimension.

Nigerians, under Buhari administration, are more terrified now than ever and that, regrettably, is happening when the government has a record of the highest security spending when juxtaposed with those of its predecessors.

Record shows that Buhari’s over N1trillion annual security budget is the highest security appropriation when compared to an average of N181.2 billion under Goodluck Johnathan’s administration (2010-2015); N454.9 billion under Umaru Yar’Adua’s government (2007-2010), and N101.9 billion during the administration of Olusegun Obasanjo (1999-2007).

It is unfortunate that throwing money at the country’s security problem has not been successful and this is explained clearly by the 2020 Global Terrorism Index which ranked Nigeria as the third most terrorised country in the world after Syria and Afghanistan—countries at war.

It is as worrying as it is curious in our circumstance that even though security votes lack any legal or constitutional basis, it is unlikely that federal, state and local government entities will stop using them.

But time is now for Nigeria to start reconsidering the appropriation of security votes for the benefiting entities and this has to be accompanied by a legislation specifying budgeting procedures and criteria for security expenditures.

Rising security spend is starving critical sectors of the economy investments that could create jobs and improve the standard of living.

So much is being spent on security because of corruption and much more because sophisticated intelligence gathering in the country has not come of age. The Nigeria Police, for instance, do not possess the required skill to secure a crime scene, conduct efficient evidence-gathering procedures such as lifting fingerprints from a crime scene.

It is necessary, therefore, that the country ensures transparency and accountability in its security budget execution. We believe that, doing this, along with improving the use of forensic science in solving crime, offers Nigeria pathways to the protection of lives and properties.

The council advised government to implement policies aimed at improving access to quality education in underserved areas, implement existing law on compulsory attendance of primary school to reduce the number of out of schoolchildren, a fertile recruiting ground for thugs, and resolve grievances around exclusion from access to power, opportunity, and representation through dialogue. We share that view.