Poverty in Nigeria lingers on the back of FG’s Inefficiency 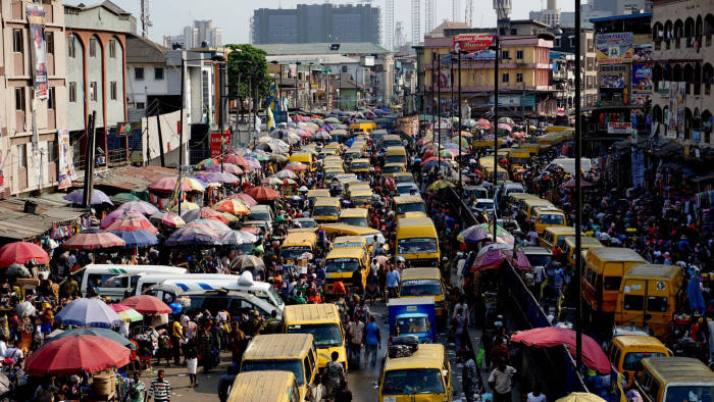 In terms of revenue generation, the first half of this year has been one of the best for this country. This is in view of the fact that revenue generating agencies doubled their income above all expectations. Compared to 2020 fiscal year, the federal government received over 60% of its projected 2021 revenue during the period spanning January to June. However, the earnings failed to lift the economy in view of variables like debt service commitments and leakages in the system.

It is very disheartening that Nigerians continue to pay for the inefficiency and the failure of government which has been slow to do the needful. Despite the economic realities, we still subsidize fuel importation, corruption remains unabated,while smuggling, insecurity, unemployment, poverty and other malaise are ubiquitous. Does it not sound ridiculous that 90 per cent of our earnings are spent on staff salaries with many of them contributing little or nothing to the economy?

It is equally sad, criminal and most unfortunate that we cannot refine crude oil in this country. At a time when other countries are growing their GDP and improving infrastructure, the federal government through the Nigerian National Petroleum Corporation (NNPC) spends N150 billion naira on fuel subsidy.

Federal government’s projected revenue for 2021 is N6.6 trillion out of which over 60 percent was raised in the first quarter of the year. The Nigerian Customs Service (NCS) generated N1,003 trillion, the Federal Inland Revenue Service (FIRS) brought in about N1.4 trillion. Value Added Tax, Company Income Tax, solid minerals and other sundry sources-all did well during the same period. We also had recoveries from corrupt individuals both in Naira and foreign currencies.

It is therefore worrisome that despite the impressive performance of the revenue generating agencies, things have not fared better. The economy is still in doldrums. Level of poverty, prices of goods, unemployment, insecurity, hunger and social imbalance have continued to expand. Hardly can an average Nigerian afford the cost of commodities in the market. Garri and beans known as common man’s food have become exorbitant and scarce.

Today, Nigeria stands between exhibiting attributes of state collapse and state failure. The nation has degenerated to the point where it is unable to provide minimal social security for its vulnerable population. This explains why the mass of the people continues to regard a low pumping price of oil as a social security and their birthright.

Suffice it to say that the continuous payment of subsidy for imported petroleum products as well as the constant fear by Nigerians that fuel price would always go up whenever the price of crude oil rose in the international market would not have made any meaning if the Nigerian government had ensured that the refineries were in good shape.

It is insensitive, very insensitive. If indeed, the market has been deregulated as we were told, why do we still subsidize the importation of petroleum products? Why are we buying petrol at the same pump price in Kaduna, Lagos, Owerri, Maiduguri and Sokoto?

Certainly, the current systemic rot benefits few persons in privileged positions to the detriment of majority of Nigerians.

One excuse for the huge expenditure profile, is the current insecurity in the country which has so far defied all known solutions. It is instructive that most of these security challenges have emerged partly as a result of multiple socio-economic injustices, including but not limited to marginalization, unemployment, social inequality, political exclusion, corruption, economic deprivation, unequal allocation and distribution of state resources.

Obviously, the Nigerian government has failed to guarantee the security of a large section of the population. Institutional weaknesses, ethnic politics, historical reality, and evolution of Nigeria into un-negotiated statehood have contributed to the weakness of the state and its institutions in the performance of its constitutional obligations. Nigeria has been under different sets of political leadership that were not visionary but regarded politics as an avenue to maintain economic dominance and to sustain their business empires. Apart from the weak political leadership exemplified by the ruling elites, the structural composition of the nation has also mitigated against effective governance.

The current leadership problem and governance crisis were actually compounded by the lop-sided federal arrangements, with centrality of authority as opposed to the immediate post independence regional autonomy of 1960-1966, and institutional weaknesses. Incursion of the military into politics greatly distorted the Nigerian federal arrangements and laid the foundation for the promotion of individuals above state.

Moreover, the decrepit physical infrastructure such as roads, health facilities, transportation, telecommunications, public water supply, and electricity have for long compounded the problem. Yet, contracts for the repair and rehabilitation of most of the existing facilities as well as the construction of new ones have provided opportunities for self-enrichment for contractors, public officials and consultants.

To curb inefficiency in governance, government must do away with unnecessary items of expenditure such as fuel subsidy, over-bloated workforce, non performing agencies and continuous borrowings. Instead, government should encourage public-private partnerships in project and infrastructure management. As it is popularly said, government has no business being in business.