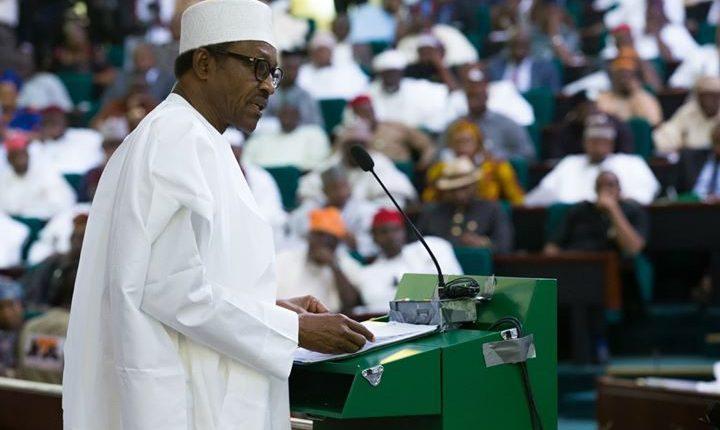 Share
In a refusal to cut her coat according to her cloth, Nigeria still intends to spend more than it will earn in 2020. And it will fund a part of it, half of its revised 2020 budget, through debt. A meagre N71 billion was trimmed off in a downward revision of the budget bringing it to N10.52 trillion.
In a normal year this would be unsurprising – though Nigeria has never been able to borrow that much, even in the good old days. But 2020 is an unprecedented year. Less than halfway the second decade of the 21st century, the coronavirus pandemic has brought the world economy to a standstill.
Economies that buy the sweet crude Nigeria produces are struggling to restart, air planes that run on fuel refined from it are grounded (several airlines have gone bankrupt).
Hence, the world is awash with oil, Nigeria’s major source of revenue, and its price has dropped dramatically. Though the new budget is based on $25 per barrel, more than half the $57 Nigeria earlier projected its Bonny light would fetch in the market, it plans to produce 1.94 million barrels per day.
An arrangement among OPEC, the oil cartel Nigeria belongs to, and other oil producing countries will see each country reducing the amount of oil pumped daily – the quota of Nigeria is 1.4 million.
The current revised 2020 budget only places Nigeria in a position to keep borrowing to meet the budget deficit and compounds our problems as the cost of servicing debt keeps mounting, eating up an already shrinking revenue.
How Nigeria plans to get the revenues, from plunging oil prices and paltry taxes (one of the lowest in the world) during a recession, remains a mystery. It’s unrealistic to think that loans from domestic and international markets will work a miracle; most of it will be used to repay debt we already owe. And in trying times like this, lenders will be wary of chronic debtors like Nigeria with doubtful revenues, more than half of which is for paying interests.
Saudi Arabia which produces more oil than Nigeria, commands a bigger market share and foreign exchange reserves 12 times the size of Nigeria’s took bold, decisive and necessary austerity measures to prevent a rapid deterioration of its economy.
Saudi Arabia, an oil-producing nation like Nigeria, plans to triple its value-added tax from 5 percent to 15 percent in July, suspend its cost of living allowance for public sector workers, cut and delay part of its Vision 2030 projects, a multi-billion dollar initiative aimed at diversifying and reforming the Saudi economy. Total government spending cuts is roughly 10 percent of total expenditure from its original 2020 national budget (that of Nigeria is 0.6%).
A meagre 0.6 percent reduction in the revised 2020 budget is no adjustment at all compared to numbers budgeted for recurrent expenditures. This is a time to spend on what is necessary while cutting down significantly on costs that have no justification like the outrageous salaries and other luxury benefits of public officers which accounts for a larger chunk of recurrent expenditures. Prior to revised 2020 budget, the federal government’s recurrent expenditure was N4.49 trillion – 42 percent of total expenditure – in which personnel cost alone was N2.82 trillion as against N2.47 trillion for capital expenditure.
The COVID-19 pandemic has not only upended global oil demand, it has triggered a long underlying fiscal crisis. It has also exposed a poorly-funded and neglected health sector and a fragile economy yet to recover from the 2016 recession.
The 2020 budget must be revised further to reflect reality. Oil prices aren’t going to rise anytime soon and we can’t borrow our way out of this problem.