Nigerians abroad: Surplus in a time of shortages 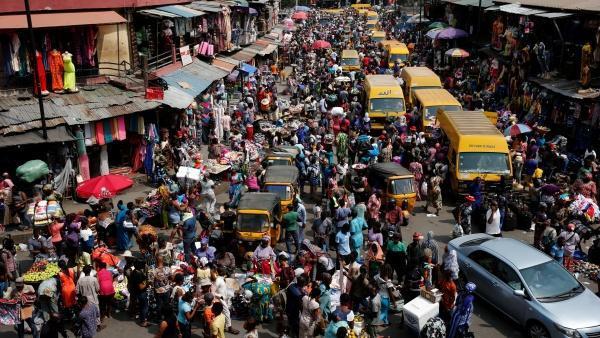 It’s estimated that more than 4,000 Nigerian doctors practice in the US; over 5,000 in the UK and 568 in Canada (a 200 percent increase in 10 years). Poor pay and lack of opportunities are the primary reasons doctors are leaving the country.

Who benefits or loses when Nigerian doctors emigrate? A lot is lost: the skills and knowledge, the cost of training (it costs $5,000 to $10,000 a year to train doctors in Africa, according to one estimate), lives (2,300 children and the 145 women die every day from preventable diseases and causes), savings and taxes?

Do the benefits outshine the costs? According to data on remittances i.e. money Nigerians living abroad send home, money sent home from Nigerians abroad via money transfer has outstripped what the country earned from oil for the past four years.

According to PwC, a consultancy, the $25 billion Nigerians living overseas sent home in 2018 represents 6 percent of all the goods and services Nigeria produced that year. PwC further notes that the figure is equivalent to 83 percent of the 2018 budget and 11 times the amount foreign companies invested in the same period.

For the President, his advisers and the heads of ministries, departments and agencies this is an afterthought. Nothing is done to harness this immense gift. On the contrary, their comments, attitudes, and actions come across as a deliberate effort to frustrate Nigerians out of the country.  You’re free to go, they say. And so they leave.

Either legally, Nigerians are among the fastest-growing immigrants in the UK and do well at school. In the US, they are among the best-educated; or illegally, every year, thousands risk their lives (knowingly and unknowingly) across the Mediterranean in order to work as prostitutes or at manual jobs in Europe. In 2016 and 2017, the most common nationality of people that arrived in Italy by sea from Libya was Nigerian – 37,550 of them in 2016. They send money home too.

If the conditions that are causing Nigerians to emigrate continue, Nigeria will run out of talent to export. The state of our public schools and hospitals and roads does not suggest we intend to be the talent factory of the world, exporting brainpower wherever it is needed.

Ironically, the money sent home pays for the things the government is meant to provide. Retirees battling with hypertension or cancer but without any hope of receiving their pensions rely on money sent from abroad to buy their drugs. Younger relatives’ only chance of getting a decent education depends on the euros an aunt sends from Italy.

Over four years ago, bright young Nigerians returned either to work for multinationals or to found start-ups in the flourishing technology sector. Their alumni network from some of the best schools in the world opened doors to foreign investors. The influx has reversed.

We ask, rewording the Pauline rhetoric: What then? Is the government going to make things more difficult in order to force more bright young Nigerians abroad?  By no means. At home or abroad, Nigeria’s true asset is human capital, her population.

Nigeria remains stuck on imported fuel as 20.8bn litres of petrol was shipped in 2019