Nigeria must act swiftly to end lingering acts of terrorism 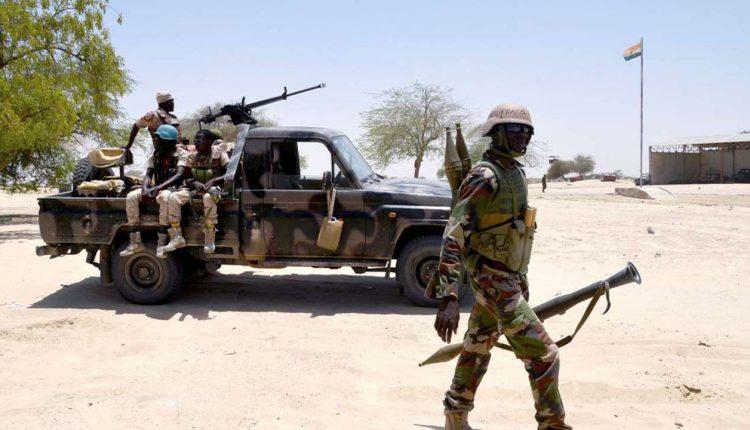 Insecurity and terrorism in Nigeria have lingered too long, especially in states in the north and the Middle Belt (Borno, Gombe, Yobe, Adamawa, Bauchi, Kano, Kaduna, Kogi and Niger). It exposes the country’s failure in the fight against insurgencies over the years and neglect of the lives of precious Nigerians.

The exact cause of these acts of terrorism aren’t entirely clear. Whether it is a state-sponsored or groups which have rebelled against their government or religiously motivated terrorist groups, it speaks volume of deficiencies in Nigeria’s security system.

The alarming rate of unrest, killings and destructions in the northern part of the country is worrisome given the devastating effects of insecurity on the economy at large. Hence, calls for swift action. Sadly, even internally displaced persons in their camps who seek refuge from harm are also targets.

The global terrorism index ranks Nigeria 3rd lagging Afghanistan and Iraq. The index measures the impact of terrorism. Nigeria currently sits comfortably in the extreme group flagged “very high”. Although Nigeria scored 8.597 in 2019, a slight improvement from 8.60 index points in 2018 and 8.66 in 2017, Nigeria is projected to hit 8.90 index points by the end of 2020, according to global macro models and expectations of analysts at Trading Economics. This isn’t good for a country that is looking to attract foreign capital needed to jumpstart and grow its economy.
The fight against terrorism isn’t a fight the Nigerian federal government can embark on alone but needs the support of the international community. Turning down requests to help from international countries willing to help isn’t a wise decision. To be able to identify the hideouts of the extremists, you need satellites and drones among others.

Likewise, to surmount these extremists, Nigeria military officers need to approach from an intelligent point of view. However, irrespective of our intelligence and strategies to fight terrorists, without sufficient and sophisticated weapons the battle is lost before being executed. Some of the extremists have more sophisticated weapons. This aberration must be corrected if Nigeria is to put an end to terrorism.

There are those who believe that there is a corruption angle to terrorism in Nigeria. Questions about how these terrorists are funded remain unanswered and raises suspicion among Nigerians.
Likewise, it is important we pay attention to the state of mind of our officers. Are they physically and, most importantly, emotionally prepared for the battle? What is their salary? Do they have regular supplies while at camp? What is the quality of these supplies?

Fundamental to the challenges of terrorism Nigeria currently face is the lack of education especially in the northern part of Nigeria. Education illuminates, it opens your eyes to the errors of illiteracy and improves reasoning.

How do we begin to educate the poor in these areas on the importance of educating girls, improving their lot in life rather than condemning them to be child-brides who bear children they cannot cater for? Most of these children in a bid to survive become targets for the ever-recruiting terrorists.

Also, how is the government encouraging the populace by helping to provide means of livelihood so that the terrorists do not sway them with their “offers”? We need a systematic strategy. It will be unwise not to realise that the terrorists may have an edge in recruitment of new intakes than the military does. Take for instance, if 10 militants or terrorists or bandits are killed, another 16 can replace them in a jiffy. If 10 army officers are killed, you cannot immediately recruit 10 not to talk of 16.

In between the time you are trying to get new officers, the extremists have formed a legion. Another question is: what procedure is used to recruit the army officers sent to battle? How do you ensure you are not recruiting a terrorist? What background checks are in place?

The truth is, issues with terrorism in Nigeria are heterogeneous and cannot be overemphasised or trivialised. The lives of the military officers positioned to fight them cannot be belittled and the links between militant groups, terrorists and the likes could further intensify regional security concerns if adequate long-term, result oriented measures aren’t put in place. Most importantly, the lives of Nigerians matter and must be protected.