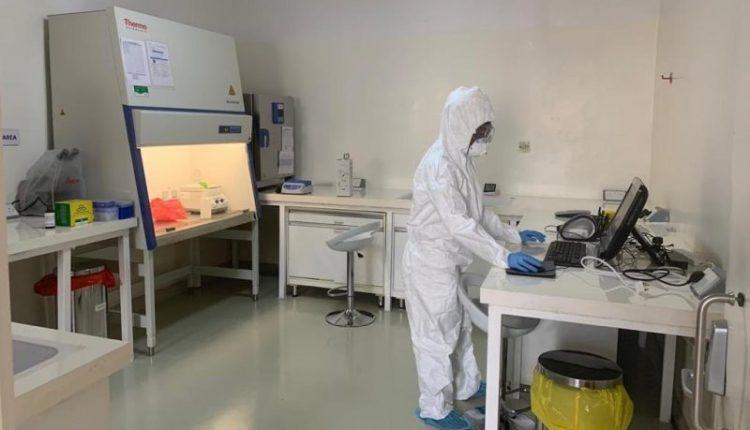 The consistent daily surge in Nigeria’s COVID-19 patients is very worrisome and should provoke proactive measures to contain the spread of the deadly virus. These numbers should not be treated like a “league table” with the Nigerian states competing with Lagos, the hotspot of the contagion. The pandemic is a public health and socioeconomic crisis, a threatening situation which needs urgent solutions.

How individuals and governments interpret and act upon the numbers reported daily by the Nigeria Centre for Disease Control (NCDC) will not only help us stay safe but will ultimately be necessary to end the coronavirus pandemic. The coronavirus numbers being reported are not reflective of the facts on ground – but they are the best we’ve got.

We believe these numbers do not reflect the Nigerian reality given our very low testing capacity. As at the 13th of June, the NCDC had conducted only 92,924 sample tests which account for a meagre 0.04 percent of a population estimated at 200 million. Meanwhile, Nigeria reported 501 patients with Lagos accounting for 39 percent. Total confirmed patients is 15,682 of which 10,174 are receiving care, 5,101 have been discharged and 407 have died.

Just like much about the disease remains unknown, it’s striking that the proportion of patients whose exposure to it is unknown (74%), as against contacts (24%) and travel history (2%). This shows community transmission of the disease is full blown and there could be more as lockdown measures are eased gradually by the federal and state governments.

The NCDC is behind its 3000 daily testing targets. Meanwhile, the Nigerian federal government has set a target of testing two million people in the next three months. To achieve this, the NCDC must conduct at least 22,000 tests daily.

Also, Nigeria lags peers like South Africa which has now tested over 178,000 people, according to Worldometer, a website which tracks real-time statistics. Meanwhile states like Kogi and Cross River have refused to conduct tests, while others are being clever with the extent of the spread of the disease.

Besides, people can be infected with the disease without showing any symptoms, the so-called asymptomatic. In some cases, those who show symptoms refuse to get tested out of the fear of being stigmatised.

Nigerians believe these figures are exaggerated. Some also say, the virus is non-existent but a ploy by the government to squander funds. Either way, Nigerians do not trust the government.

If there was ever a time when we needed clear and reliable data, it’s now. Although no single dataset exactly represents the reality on the ground. Every day, thousands of healthcare workers, government agencies and researchers are collecting, processing and sharing what they know about the virus. The goal is to gather the most reliable data that can help people understand the outbreak as it evolves.

At current testing capacity, Nigeria is nowhere close to the COVID-19 reality and may hinder adequate and proactive planning to curb its spread. The federal government must be committed to improve investment in boosting the testing capacity of the NCDC.

Viruses, including COVID-19, tend to spread at an exponential rate, which means they multiply really quickly. On March 6, the world had 100,000 confirmed cases, one month later there were one million confirmed cases. Given the lackadaisical attitude of most Nigerians to stay protected and the poor state of the Nigerian healthcare system, only improved testing capacity will reveal the true extent of the spread and inform preventive measures.

According to the World Health Organisation, African countries risk prolonged years of battling the COVID-19 pandemic due to poor healthcare systems. Nigeria’s daily coronavirus counts will become meaningless and treated like a league table if the healthcare system, starting with testing capacity, isn’t improved.