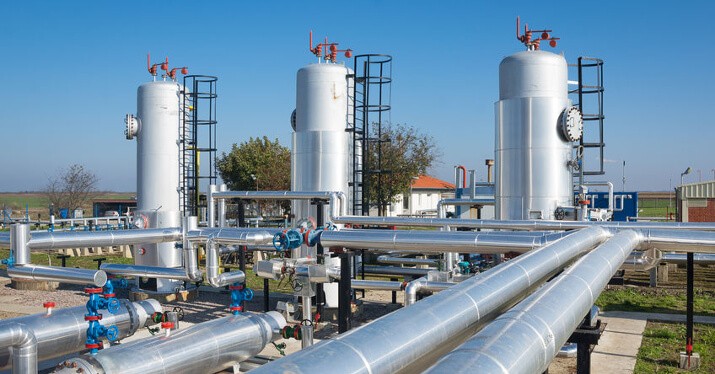 New gas producers in Africa have a chance of leveraging digital technologies to build competitive edge over their older counterparts who struggle to integrate the ‘Internet of Things’ (IoT) with legacy assets.

IoT is driving the rapid pace of digital adoption across multiple industries. The oil and gas industry is beginning a transformation of its own, increasingly looking toward data-driven solutions to boost performance, enhance efficiency and ultimately, to reduce costs.

The gigantic gas discoveries made over the past decade in Mozambique, Tanzania, Senegal and Mauritania have revealed a total of 200 trillion cubic feet (TCF) of gas reserves, enough to supply two-thirds of current world demand for 20 years.

Indeed, new African gas producers such as Mozambique, Tanzania, Senegal and Mauritania could develop an edge over older ones such as Nigeria with legacy analogue assets as systematic application of digital technologies to gas fields development offers chances of high returns, increased productivity and cost savings.

Analysts at Akap Energy forecast that by 2025 African production capacity will have increased by 150 percent to reach 84 metric tonnes per year (mtpy) of liquefied natural gas (LNG). That is 15 to 20 percent of the world market.

Such growth will depend on investment of more than $75bn, two-thirds of which will be injected into Mozambique.

Digitalisation will be essential in producing these vast gas reserves in Africa because it is associated with improved performance that follows investments in big data, artificial intelligence and other digital technologies.

However, producers run into obstacles with regard to digital adoption. This is because digital technologies must be integrated with legacy systems, as well as with the oil and gas personnel who operate them. Such markets are often characterised by narrow exposure and high resistance to change.

As a result, digitalisation represents a unique opportunity for emerging gas producers such as Mozambique, which discovered major offshore gas reserves in 2010 and took the $20-billion final investment decision on its Area 1 Mozambique LNG development as recently as 2019.

Despite the clear long-term benefits of implementing such systems, there are significant upfront costs to developing digitalisation processes, integrating them with existing workflows and training workers.

In a 2017 survey, nearly 40 percent of oil and gas companies said they were worried about the risk of being left behind if they did not continue to invest in digital transformation programmes – with 70 percent saying they planned to invest more in new digital areas over the following three to five years.

Resistance to digitalisation in the upstream energy space can be ascribed to several factors, some of which apply to hydrocarbon producers regardless of the maturity of their assets or the sophistication of their sector.

For example, the oil and gas industry imposes strict health and safety regulations to protect employees against high-risk environments, such as offshore oil platforms and, as a result, companies cannot be laissez-faire about implementing automated or robotic technologies without ensuring that the new technologies sufficiently address safety precautions.

The sector is also dependent upon an extended global supply chain, in which labour forces vary in skill, capacity, size and cost. Compounding these factors is a frequent market volatility, making digital transformations difficult to roll out in tune with ever-fluctuating oil prices.

For Mozambique (and other new gas producers on the African continent) with the relative infancy of the sector – as the country prepares for first gas by 2023 – building technology into the DNA of its sector as it evolves in real-time would be more profitable than upgrading technologies and systems retroactively.

Oil and gas operations rely on highly technical, physical processes, in which digital transformations must apply themselves to complex, capital-intensive assets, such as offshore platforms, LNG terminals or pipelines.

For its part, Mozambique has been at the forefront of spearheading large-scale gas developments that are the first of their kind both in the country and on the continent, including the Coral South floating LNG terminal, the first newly-built deep-water floating liquefaction plant globally.

Mozambique has also leveraged German technological innovation with Siemens Energy’s supply of four centrifugal compressors and six SGT-800 industrial gas turbines to provide on-site power generation at the Mozambique LNG facility. In short, Mozambique has proven a worthy recipient of foreign expertise and remains in the need of additional technology and knowledge transfer to apply to its range of world-class gas infrastructure projects.

As companies across sectors have had to adopt digital tools for remote work, COVID-19 has accelerated the need for digital rollouts, positioning technology as a means of coping with transformational changes facing nearly every industry. Within the oil and gas sector, specifically, digitalisation and optimisation of oilfield assets have emerged as principal cost-cutting mechanisms, as energy companies continue to face threats to efficiency, sustainability and profitability.