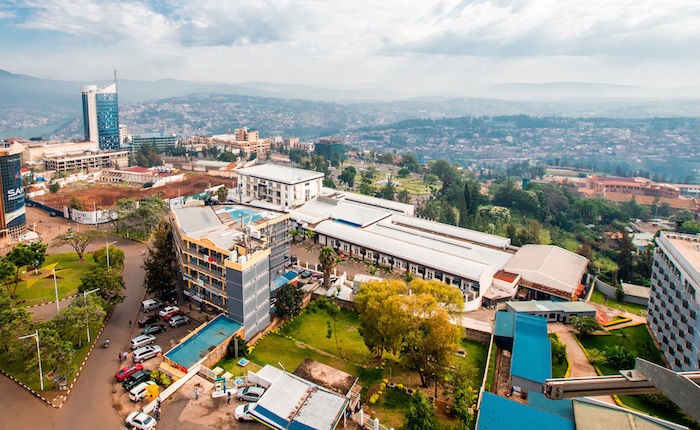 Nigeria, Africa’s most populous nation and the largest economy on the continent, has lots of lessons to learn on land administration from Rwanda, a relatively small landlocked republic lying south of the equator in East-Central Africa.

Unlike Nigeria’s rigid traditional land tenure system and land titling that is onerous, excludes many people from formal land ownership and hampers full scale economic activities, Rwanda has a parcel (land) identification programme that has, arguably, revolutionized its economy.

Before the parcel identification programme, the country was ranked 137th in the world for ease of property registration, but it is now ranked 4th. Additionally, its land-related government revenues have increased over five-fold from approximately $3.3 million in 2011 to over $15 million in 2013. What that may be presently, seven years after, could be incredible.

What is of note and even of greater interest is Rwanda’s quick and cost-effective approach to this parcel identification programme. Between 2009 and 2013, Rwanda became the first country in Africa to establish a comprehensive, up-to-date and fully digital property registry.

Two aspects of the programme are particularly notable and these are first, the short time required from implementation to delivery. In just 5 years, the government systematically demarcated and registered over 11 million parcels. Secondly, government made the cost of registration low at just $6 per parcel, well below international averages.

Expectedly, this shift, which Nigeria needs urgently, makes Rwanda a much more attractive location for investment. Other real estate destinations, like Dubai, also made this shift and are reaping the benefits today.

Dubai in 1982 relaxed its land laws, giving foreigners 99 years leasehold and freehold on land and this led to the revolution in property development and the unprecedented boom that was witnessed in that country’s property market in the last two decades.

Painfully, over the years, Africa’s largest economy has not been able to make any significantly beneficial shift in its land administration. Late President Musa Yar’Adua’s administration attempted land reform, but that ended at the middle of no-where.

Similarly, the Goodluck Jonathan’s administration, through its Ministry of Lands, Housing and Urban Development then, also attempted to carry out an audit and inventory of government’s landed property to free same for both housing and other economic activities, but that also failed.

It is believed, and we hold that belief too, that the failure to reform land and property ownership in Nigeria is a major contributor to the country’s underdevelopment and the underperformance of the various sectors of its economy.

Of the country’s available housing stock, about 13 million units, it is estimated that only 5 percent is in formal mortgage, meaning that 95 percent of these houses are dead assets. They are neither tradable nor bankable. Here, the need for reform is urgent, in our view, only land and property ownership reforms can unlock the values in these dead assets estimated at 81 percent of the country’s GDP.

Land accounts for 20 percent of the earth’s surface and, consequently, every economy requires comprehensive land regulations and policies or reforms to guarantee the effective usage of its land and the maximisation of resources attached to it.

Regrettably, it seems to us that our country, Nigeria, does not realize this and it is, to say the least, very unfortunate. Except for Lagos, the country’s commercial capital, land administration in the country remains in static motion.

Though the process and cost are not yet what they ought to be, Lagos has shown remarkable improvement in its land administration. It has reduced the cost of registration from 15 percent of the value of property to 3 percent. Time for building plan approval has also come down, although it is badly tainted by corrupt practices.

Our hearts are gladdened by the fact that, beginning from first quarter of 2021, all land related transactions in the state will go digital. The aim of this, according to Governor Babajide Sanwo-Olu, is to accelerate the process of getting approvals on land matters and create an enduring business-driven property development market in the state.

This, for us, is the way to go. While we urge urgent land reform in the country as a whole, especially learning from the Rwandan example, we also call on other states of the federation to emulate Lagos and make land administration in their domain business-driven and investor-friendly.