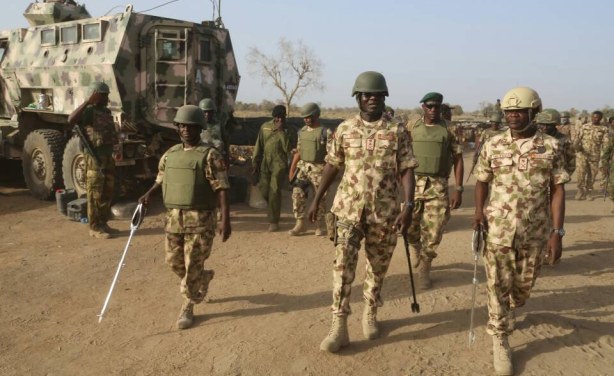 Kidnap for ransom has, arguably, become the poster child of Nigeria’s security dilemma. Schoolchildren seem the easiest soft targets, from Chibok, through Dapchi to Kankara close to a thousand school children have been exposed and traumatised.

The fact that the Kankara boys are back home should not pull the wool over our eyes.

Nigeria exemplifies the insecurity situation on the African continent. The rising concern about insecurity cannot be explained outside the numerous terrorist attacks by the Boko Haram and other similar sects.

These insurgent and terrorist groups have claimed responsibility for a litany of kidnappings in exchange for ransom. The crime rate is rising. There is also the emerging culture of violence perpetuated by legal and illegal revenue collectors, youth militancy and cultism, the herdsmen-farmers conflict and other factors of insecurity that have been a regular feature of life in the country.

Some have argued that a major reason for Nigeria’s inability to deal with the rising insecurity is poor security funding and a deficient preventive intelligence gathering system. We share this view.

In the last 10 years, Nigeria has reportedly spent ₦6 trillion on security amid a worsening situation. The latest figures from the Global Terrorism Index (2019) ranked Nigeria as the third-worst country exposed to terrorism with no improvement recorded since 2017.

When Tukur Buratai, Nigeria’s army chief, requested for the cap on military spending to be removed, this shot Nigeria’s security budget to the second-largest in sub-Saharan Africa. Buratai’s request was to help free-up funds in the fight against terrorism.

Nigeria’s nominal position of having the second-largest military allocation in Sub-Saharan Africa begins to pale out when compared to South Africa viewed through the prism of population.

We are of the opinion that beefing up security in Nigeria requires additional spending on both the military and other security agencies. But there are studies that also show that Nigeria’s security funding has, in some instances, bred corruption.

In a 2018 report, ‘Camouflaged Cash: How ‘Security Votes’ Fuel Corruption in Nigeria’, Transparency International Defence and Security argued that, although security votes are a relic of military rule, it continues to exist. These funds are provided to certain federal, state and local government officials to disburse at their discretion.

Transparency International estimates that these secretive, unaccounted-for, cash expenditures add up to over $670 million (N241.2 billion) annually. This, we believe, is quite substantial

An analysis of 29 states budget (no data exists for 7 states) shows they spend an average of $580 million (N208.8 billion) on security votes each year, yet the impact remains to be seen.

We advocate a ban on the use of security votes. But where it must be used, it should be accompanied by legislation specifying budgeting procedures and criteria for security expenditures. We expect that these should meet international best practices, incorporate oversight mechanisms, transparency standards and strictly defined conditions for the use of contingency funds or ‘black budgets.’

In our view, sophisticated intelligence gathering in Nigeria has not come of age yet. The Nigeria police do not possess the required skill to secure a crime scene, conduct efficient evidence-gathering procedures such as lifting fingerprints from a crime scene.

There is no credible criminal database, limited capacity to use forensic science in solving crime, and so on. Until recently, we could not trace a criminal using his mobile phone records.

For us, ensuring transparency, accountability in Nigeria’s security budget execution and improving the use of forensic science in solving crime offer Nigeria pathways to the protection of lives and properties.

Why Lagos needs to do more on roads infrastructure

Lagos needs to do more on road infrastructure