July 6, 1967 and why it should matter to all Nigerians 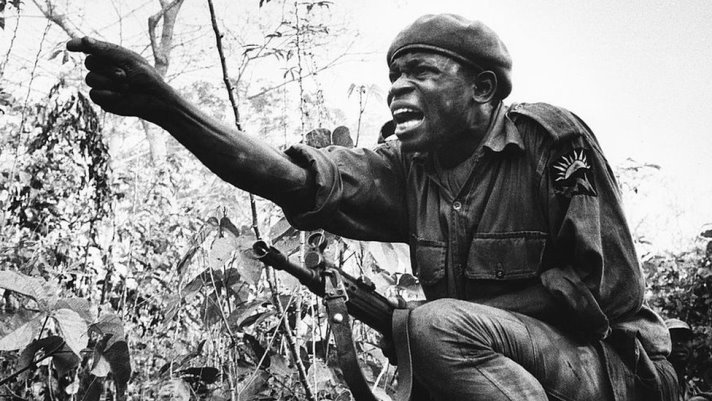 In Nigeria, history will always remain with us, even if in our consciousness, despite efforts by neo-political leaders to blight the nation’s past for profit, selfish interest and socio-political expediency.

Among many important dates in the country’s history, July 6, 1967 stands out in the red as the day when the first gunshot was fired, signaling the beginning of a 30-month civil war that left the unity of the country badly fractured and its economy in a cesspool.

The day marked the beginning of an onslaught by Nigerian forces against the Biafran army at Garkem, a small town near Ogoja in present-day Cross River State. It is a day to be hated; one to be forgotten yet remembered. It is, indeed, a day that should matter to all Nigerians.

Despite all the grandstanding, all the obfuscation and sanctimonious dispositions, the civil war is still in the consciousness of most Igbo and other Eastern Nigerians, though to varying degrees.

More than 50 years after the guns fell silent, the civil war still bears a rather thick veil for many Nigerians on either side of that conflict, despite what is known, despite the books, novels, archival materials, movies, documents and documentaries.

This is understandable. War is war no matter who wins or loses because, on both sides of the conflict, lives were lost; limbs were lost; properties were destroyed and many families were dislocated. The pains are there, differing only in degrees.

We agree with John Pepper Clarke in his classical poem—The Casualties—which is a poetic account of that civil war. Clarke explains that the casualties of the war were not just those who died in the war, but also those who lost limbs; those who lost fathers, uncles and brothers, and also those who lost properties in various ways—houses, cars, businesses, etc. We cannot agree more.

These, among other things, are reasons we also agree with Henry Onyema, a historian, teacher and author, that July 6, 1967 should matter to all Nigerians despite age, tribe or religion. Everybody is a victim or, more appropriately, a casualty, no matter the degree.

And we have our worry. Like Nigeria, America, at a point in its political journey, was also embroiled in a civil war. But unlike Nigeria, more than one hundred years after, the conflict remains uncomfortable but with recognized presence in the American national psyche.

In Nigeria, citizens feel uncomfortable but refuse to give the recognition which is why the ghost of the war will continue to assail them long after the generation who witnessed the war is gone.

Not recognizing the war and its ugly consequences is the reason those who have the responsibility of telling about Nigeria’s past find it difficult to be objective and truthful in dispensing information about that fratricidal conflict.

Some Nigerians know that the civil war did not just break out because groups of backward tribesmen declared open season on each other. Certain factors led to the stubborn and bloody birth of Biafra.

Biafra is a product of injustice, exclusion, lack of fair-play, nepotism, ethno-religious sentiments, etc which remain the hallmark of the present agitations that are spreading like wild-fire across the country.

It is pertinent for us to note that agitation for secession or self-determination did not start nor will it end with the Igbo or even Biafra. There had been an Isaac Boro for the Niger Delta Republic in February 1966, and the threat by the North to secede following the 1953 call for independence by Anthony Enahoro at the Parliament.

Following the bloody July 29, 1966 coup, Northern troops were barely restrained from breaking up Nigeria by vested interests. Their latter-day descendants are Nnamdi Kanu and Sunday Igboho.

We are, therefore, concerned that more of these are bound to continue as Nigeria continues to make secession attractive by making many groups feel alienated and excluded from the country.

The civil war ended on a good note with 3Rs policy as announced by Yakubu Gowon, Nigerian Head of State at the time. These 3Rs stand for reconciliation; rehabilitation; reconstruction. However, it is saddening that, over time, given the way successive leaders of the country have carried on, the reconciliation is incomplete. It is half-hearted, even non-existent in many situations.

Many of the gentlemen who defeated Biafra on the battlefield are either significant players or influencers of national political estate. Despite their age and experience, they are yet to wean themselves of the old feeling and anger that gave birth to the civil war.

Through his actions, utterances or what has come to be known as body language, President Muhammadu Buhari, who was a major actor during the war, makes no pretences that his war-time disposition to the ‘rebel side’ is not over, which is why he says he will deal with the agitators in the language they will understand—a direct reference to the bitter taste of the war.

We believe that the ugly consequences of the war are enough lessons for the older generation of Nigerians, who saw it all, to avoid actions or statements that will lead the country again to that sad path.

We have had July 6, 1967 and all it stood for. Any repeat of the event of that day should be resisted with the last ounce of our strength and the last drop of our national blood. Enough is enough.