Nigeria ought to attract not scare away long term investments

For now, it could be said that the ENDSARS protest has stopped. But the damages and cost to the economy are yet to be fully accounted for. It is regrettable that the federal government made little or no conscious effort to address the demands of the peaceful protesters until events took an unfortunate turn.

Even more depressing is the fact that policy makers, most especially the fiscal authority, ignored the economic implications of all that went down during the #ENDSARS protest, knowing fully well how desperate Nigeria needs every support for growth and development after fierce blows from the COVID-19 pandemic which saw the economy contract by 6.1 percent in the second quarter of 2020.

The federal government must be reminded that the current fragile state of the economy was worsened by the COVID-19 pandemic and fixing this will require a comprehensive analysis of macroeconomic factors responsible for the precarious state of the economy.

FDI, a term that describes when a foreign entity invests in or acquires a business asset in Nigeria, is a key ingredient for Nigeria’s economic development. Historically, Nigeria has struggled to attract FDI due to a number of factors, of which policy inconsistencies played a major role.

Instead of fixing the existing dent to the perception of foreign investors with regards to the safety of their investments, the unimaginable response of security agents against peaceful protesters at Lekki which fuelled lootings and destruction of shops by hoodlums has further dampened foreign investors’ confidence in Nigeria

Since 2014, foreign direct investors have gradually reduced their exposure to the Nigerian economy according to data from the National Bureau of Statistics (NBS). In the last 6 years, the value of FDI slumped by approximately 59 percent to $934.34 million from $2.277 billion in 2014. This represents a compounded annual decline by 16 percent in a six-year period. In 2014, FDI inflows into Nigeria averaged $569.26 million quarterly, but now, Nigeria can barely account for $260 million in FDI quarterly.

Recently, BusinessDay reported how Ghana overtook Nigeria as the largest FDI recipient for West Africa. In Sub-Saharan Africa, UNCTAD in reported in 2018 that Africa registered 6 percent increase in FDI inflows in 2018 ($40 billion, up from a revised $38 billion in 2017), but the growth was concentrated in few economies and the aimed for the shift from the natural resources dominated FDI profile of the continent towards a more balanced sectoral distribution was only partially visible, in that the relatively diversified economies, such as Egypt and South Africa, saw more stable and increasing FDI inflows.

For a country whose economy is broadly unstable given its exposure to swings in crude oil prices, and also experiencing cases of insecurity, Nigeria will struggle to attract FDI going forward. Since the recovery of the Nigerian economy from the 2016 recession in 2017, FDI has accounted for a meager 6 percent on the average of total capital imported (TCI) into the country. 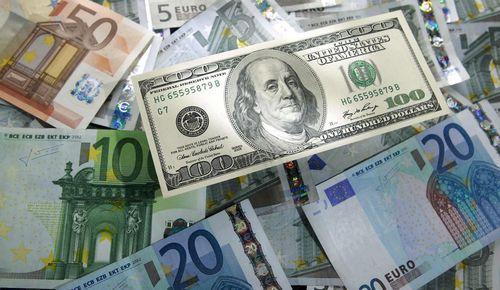 An economy like Nigeria with economic and social potential ought to attract more long-term foreign investment. To do so, however, we need to address the underlying structural bottlenecks that make Nigeria such a difficult country to do business. Insecurity such as what we witnessed last week is one of such bottlenecks.

As stated in an IMF article in 1993, FDI has become an important source of private external finance for developing countries such as Nigeria. It is different from other major types of external private capital flows in that it is motivated largely by the investors’ long-term prospects for making profits in production activities that they directly control.

Not only can FDI add to investible resources and capital formation, but, perhaps more important, it is also a means of transferring production technology, skills, innovative capacity, and organisational and managerial practices between locations, as well as of accessing international marketing networks.

Our two cent advice is for the FG to see meeting the demand for better governance and a reformed police force as a step to mend the smeared trust and confidence of foreign investors. The economic consequences of the unfortunate turn of events in the past weeks are too grave to ignore.

Rising cost of doing business in Nigeria: A cause for worry