Democracy in Nigeria: Of, for and by the big man 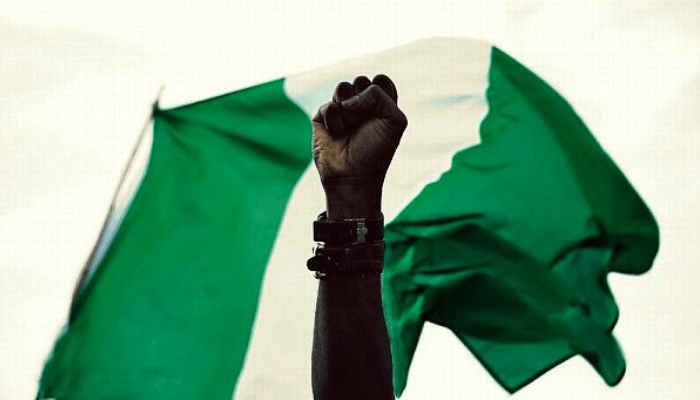 Tomorrow, June 12, Nigeria will celebrate Democracy Day, the second since President Muhammadu Buhari changed it from May 29. As expected the President will give a speech listing the benefits of democracy in Nigeria, especially under the APC, his party. He will no doubt mention how his party through the democratic process won electoral victory in 2015, the first democratic transition in the country.

Beyond the plaudits we will hear tomorrow and for the better part of this week, it’s important to ask: What kind of democracy is Nigeria?

Elections in hybrid democracies are hardly free and fair, opposition is suppressed, corruption is rife, rule of law weak, the judiciary remote-controlled, dissent is frowned at and harassment of journalists is common. All of which describe Nigeria. Whether under the APC or the PDP the difference has been in degrees.

What they have in common and the major wahala with democracy in Nigeria is the big man political system. In political science the term “big man” is used to describe a structure that formally, on the outside, has what it takes to function as a democracy: a constitution, an executive, legislative and judiciary, and, of course, regular elections. All of these are a screensaver for patronage networks that, informally, control the inner workings of the state. Personal interest, how to control and distribute the benefits from being in power is the number one concern of the big man system of politics.

It is not politics as defined over 2,000 years ago by Aristotle. For the big man politics is not about what is good for the society, how best we should live, prosper and flourish together as a polis. It is about capturing the state to serve personal interests and rewarding lackeys. It is about frustrating elected and appointed officials from making policies that benefit the common good.

What’s happening in Edo and Ondo states is evidence of the big man syndrome, It has seized both APC states.

The tussle in Edo is even more shocking. Adams Oshiomole, chairman of APC and predecessor of Governor Godwin Obaseki, fought bigmanism to become governor in 2008.

The APC is undoing, as the story of Oshiomole demonstrates, what would have been a gradual transition to institutions away from political personalities, big men. It will further reduce support for democracy where there is a huge deficit.

The supply of democracy, and its dividends, has struggled to catch up with demand. It’s slow, undulating, one- step- forward, two- steps backwards pace is bound to cause disaffection, distrust and can be disruptive. There is a close link between the quality of elections and the supply of democracy and its dividends e.g. good governance and socio-economic development. Though many Nigerians support democracy the level of satisfaction is waning. Hence, the importance of the elections in Edo and Ondo. It will test whether a track record of performance or patronage is what determines who gets to run for and wins a political position.

For a 60 year old, 21 years of uninterrupted democracy is worth celebrating. But our best can’t be in the past: the elections of June 12, 1993, are considered the freest and fairest in the history of Nigeria; it’s the yardstick for every election we have held since then.

The political culture of bigmanism must change if Nigeria is to hold any elections as free, fair and peaceful. Either the culture changes or we risk returning to authoritarianism. Will it take another generation (those born in 1999 cast their first vote last year if they did at all) or can the change begin now?