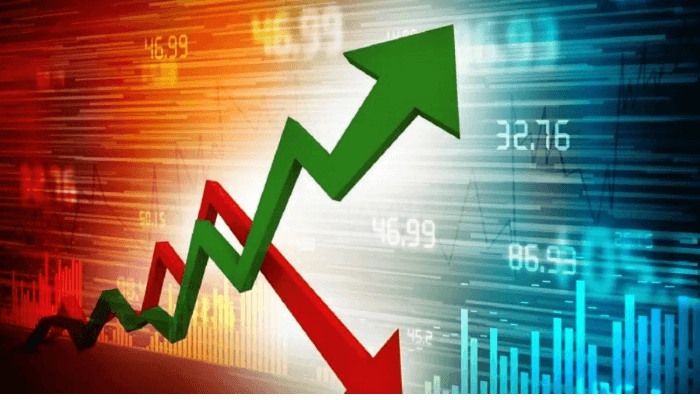 The paradox of rising costs and static incomes continues to hall-mark life in contemporary Nigeria. This has in turn spawned Hobessian indices such that the quality of life and living continues to degenerate by the day.

“The recent increase in diesel prices is responsible for the current spike in food prices. The costs of transporting the food items from where they are produced to the markets have almost doubled,” according to Muhammed Abdul, general secretary, Arewa Perishable Food Stuff Market Association, Mile 12, in a telephone response.

“Last two weeks we transported a bag of potatoes from Jos to Lagos for N2,500, but now it is N5,000. The truck drivers are saying it is because of the high cost of diesel,” he states further.

To solve these problems, we need to have Nigerians in elected and appointed offices at the state and federal levels who are sincere and committed to the people, and who understand how the world works

According to the National Bureau of Statistics (NBS) report, on a month-on-month basis, the urban inflation rate was 1.79 percent in August 2022, showing 0.03 percent decline compared with July 2022, 1.82 percent.

Nigeria’s headline inflation rate is projected to increase for the ninth consecutive month by 0.55 percent to 21.32 percent in October 2022 from 20.77 percent in September, analysts at Financial Derivatives Company (FDC) Limited say.

The April inflation rate was also the third consecutive rise since January this year. Data from the new CPI inflation report for April 2022 by the National Bureau of Statistics (NBS) show that on a month-on-month basis, the headline index increased to 1.76 percent in April 2022, this is a 0.02 percent rate higher than the rate recorded in March 2022 (1.74%) .

Food inflation, which comprises more than 50 percent of the inflation rate, also rose by 18.37 percent, highest in seven months compared with 17.20 percent in the previous month.

This rise in the food index was caused by increases in the prices of bread and cereals, food products like: potatoes, yam, and other tubers, wine, fish, meat and oils, the report notes.

Analysts have similarly blamed the surge on the high cost of diesel as a result of the Russia-Ukraine war. Diesel, which is used to power generators by most businesses in Nigeria, has impacted on prices for consumers.

In some cases, some businesses have even shut down or reduced the hours of operations. For instance, some banks in Nigeria have reduced their working hours due to the high cost of running diesel generators.

But a recent directive from the CBN has included weekends for work hours due to the naira resign policy for customers to come in to deposit their old currencies, till the exercise is over.

Despite the foregoing, no state, federal or private salary earners’ take-home has been increased.

The effects of the analysis above are mostly felt by the Nigerian consumers whose incomes have remained static in the face of escalating prices of goods and services and hyperinflation scourging the populace.

Consider indexation policy, which is a means of offsetting the impact of inflation or deflation on salaries and social payments from a reference metric, most times, consumer price index, has not been effective.

Read also: Managing your business during a period of high inflation

In elementary economics, it is known that inflation erodes the value of money, in that as it rises, money or income loses its purchasing power.

We have observed that to address the challenge of industrial dispute, which usually comes when workers feel they are worse off, governments in advanced climes have arranged their compensation scheme in such a way that a rise in inflation above a benchmark is usually matched by a corresponding rise in income. But in Nigeria, the reverse is always the case, as things do not often go as expected.

What we are seeing today is that inflation has eroded every class of income earnings – as everything – excluding any sector has been affected. This dismal situation renders pensioners more hopeless, and very much the same thing can be said for those who are still in service.

The NBS report also highlights that on a month-on-month basis, core inflation, which excludes the prices of volatile agricultural produce, accelerated for seventh straight month to 17.8 percent in October 2022.

Today, at the global level, we have seen that the invasion of Ukraine by Russia has caught Nigeria unprepared causing pain for hundreds of millions of people globally.

This is particularly in Africa, where people think that they have no stake in the war. While sanctions are imposed on Russia by the international community to strangle its economy, however, the nations imposing the sanctions are also at the risk of paying the price for their actions.

The unfortunate aspect of the whole issue is that instead of the Nigerian government declaring a state of emergency in sectors critical to the masses, it is more interested in who becomes the president come 2023.

We know that the contemporary world is experiencing what experts call the “globalisation of inflation.” According to the International Labour Organisation (ILO), inflation has more than doubled between March 2021 and March 2022.

According to the Financial Times global inflation tracker, Nigeria’s inflation steadily rose while the GDP slowly dropped between April 2021 and April 2022. However, how the Nigerian consumers are coping is still a phenomenon to be studied.

In the last five years, we read that official inflation has increased cumulatively by about 93.88 percent. Regrettably, personal income of individuals and households shows that inflation is much higher than the official figures displayed in Nigeria.

In spite of global economic inflation, the minimum wage in Nigeria remains at N30,000/month. Nigerians, we were told, “survive because they adapt.” Adapt to poverty or inflation? Not sure!, according to MA Johnson, a columnist in BusinessDay.

To solve these problems, we need to have Nigerians in elected and appointed offices at the state and federal levels who are sincere and committed to the people, and who understand how the world works.

With the 2023 election around the corner, we think this is an opportunity to remind those interested in providing leadership that the reduction in the general rise in the prices of goods and services and reviewing workers’ salaries should be on the front burner.

We are of the view that the 2023 election will not worsen the nation’s economic situation but will provide leaders with the capacity to turn around the economy positively, and at the state level, we look forward to governors who are accessible to the people.

Such accessibility must have a functional purpose. Specifically, the purpose is to ensure that Nigerian workers and pensioners are not at the receiving end of the biting pangs of inflation. Rather, their respective incomes must always be ahead of this scourge, which goes by inflation.

Rising cost of doing business in Nigeria: A cause for worry