Brain Drain 3.0: The exodus that’s not being televised 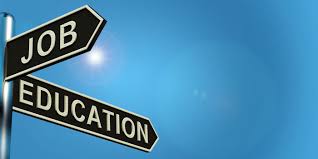 A growing number of young, educated and employed Nigerians plan to leave the country; are in the process of migrating or are either researching their options (Canada is favourite destination) or saving money towards it. Ask any young Nigerian doctor these days who among her colleagues is still in the country and she’ll most likely say she’s leaving next week.

In a recent survey almost half of the Nigerian adults (45 percent) interviewed said they planned to move to another country within the next five years, according to Pew Research Centre, a polling and research organisation based in the US. Not only were Nigerians the highest among nationals of 12 countries from over four continents, the proportion of Nigerians planning to relocate has increased by 7% since the last survey in 2017. Most plan to move to the United States. And the three most popular reasons for moving are “to find better educational opportunities”, “to find better job opportunities” and “to escape violence”.

Education, jobs and security are three interrelated challenges facing Nigeria. A bulging uneducated and unemployed youth population is a dangerous concoction and one of the major reasons for unrest across the country. Bright young Nigerians in search of better education, jobs, and peace, because they don’t see any immediate nor remote solution to these problems are checking out. Call it Brain Drain or Exodus 3.0.

No advert, reality TV show or viral video will broadcast this trend. To rephrase the song of Gil Scott-Heron, the American poet, musician and author: This exodus will not be televised; it’s live and happening every day.

No TV commercial like the Andrew Don’t Check Out in the 1980s can stop this exodus. Even if government attempted a campaign blitz to discourage migration it can neither outspend nor drown out the multiple sources of information about greener pastures awaiting intending migrants. Stories like that of Tanitoluwa Adewunmi, the eight year-old chess prodigy, will probably see more wives pestering their husbands to quit their well-paid job with a multinational company in Nigeria in order to give their children a similar opportunity. Even if they have to sacrifice the middle-class lifestyle they enjoyed in Nigeria.

Each passing day people are finding more reasons to leave the country. Both the available human and financial capital required to turn the tide of migration are impatient amid the slow and uncertain pace of the economy. The present state of the economy and doubts about whether the next four years will be any different from the last is quenching the hopes of many and discouraging new investments. Without a clear signal on the economy’s direction, companies and individuals don’t have the time to wait-and-see anymore.

As a result, the incurably aspirational Nigerian has concluded to take his dreams elsewhere –whether legally or illegally. Once intrepid and optimistic investors are either reducing their stakes in the country or have shutdown.

Three quick things can be done to dampen the increasing eagerness to migrate. Accelerating the transition of the economy to a pro-growth phase will jump-start economic growth. Ending the multiple foreign exchange regimes will signal willingness for reform and attract more patient capital to revamp power, transport and other infrastructure. And finally, a committed plan to phase out the petrol subsidy that has cost Nigeria 7 trillion naira in the past four years will gradually free funds sorely needed for human capital development: education and health.

Economic growth matters but it must be broad, even and consistent. In the survey Pew Research Centre conducted in 2017, more Ghanaians than Nigerians wanted to leave their country for greener pastures even though Ghana was one the fastest-growing economies that year.

Implication of more lending to the Nigerian economy