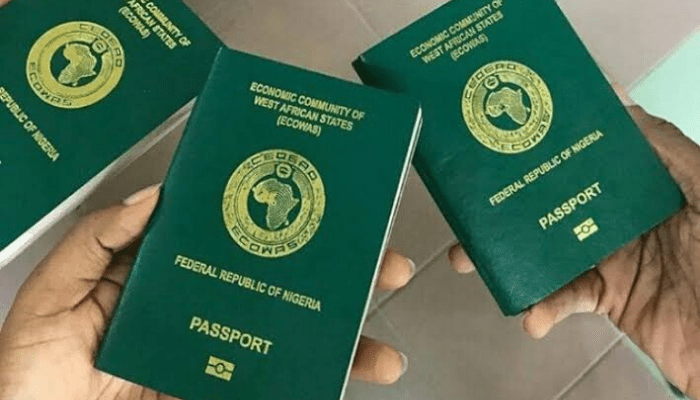 A passport is supposed to be a portal to the world, but for most Nigerians, the green passport is fast morphing into a barrier to the travel freedom they seek. Worse still, it is singling them out for discrimination demanding urgent action from the government.

According to the Henley Passport Index considered the most rigorous and sophisticated measure of global access and is based on IATA data, Africa’s biggest economy is ranked 95 with the ability to access only 46 countries without a visa.

READ ALSO:  How to get a Nigerian passport within one week without paying a bribe

To provide some context, the countries we beat hands down are North Korea, Sudan, Libya, Yemen, Somalia, Syria, Iraq and Afghanistan. A citizen of South Africa can visit 100 countries without a visa ranked 56 and Ghana, our tiny neighbour to West, commands 78 in the ranking with unrestrained access to 65 countries.

A country’s passport ranking may be affected by several factors including security, business potentials its internal policies because visa rules for most countries are reciprocal.

In December, the Nigerian government announced that it will issue visas on arrival for all African passport holders effective January 2020. The regional bloc Economic Community of West African States, ECOWAS, of which Nigeria is part already guarantees free movement (visa-free entry) of citizens across the 16-member bloc.

Nigeria has also signed on to African Union’s continental free trade area deal but in a move contrary to the spirit of the deal, has shut its land borders ostensibly to check smuggling.

While the government has made moves to ease travel into Nigeria from these African countries, it should also step up negotiations to attract countries that add value by investing in its economy.

The weakening of Nigeria’s passport measures the country’s waning global influence and retreat of foreign direct investments It is why Ghana is recording more foreign investments than Nigeria with ten times its population.

For ordinary Nigerians, the burden of a weak international passport is felt when they are singled out at international airports for embarrassing searches on suspicion of possession of drugs, forged passport or terrorist activities.

European countries recorded a strong showing in the rest of the top ten, with Finland and Spain at No.4, Spain, Luxembourg and Denmark coming fifth, and Sweden and France sitting at No. 6.

Nigeria’s poor ranking is at odds with its potential. It does not just have the continent’s largest economy, it has its largest population, which are mostly young, educated and vibrant, has some of the world’s most intelligent people but it’s often let down by poor leadership incapable of harnessing the strengths of the people.

The Nigerian government must step up reforms to ensure easier entry into the country beyond just for African countries. Many countries depend on their embassies and diplomatic missions to peddle influence and realise their national objectives. Nigeria must as a matter of necessity appoint only individuals well suited for this task.