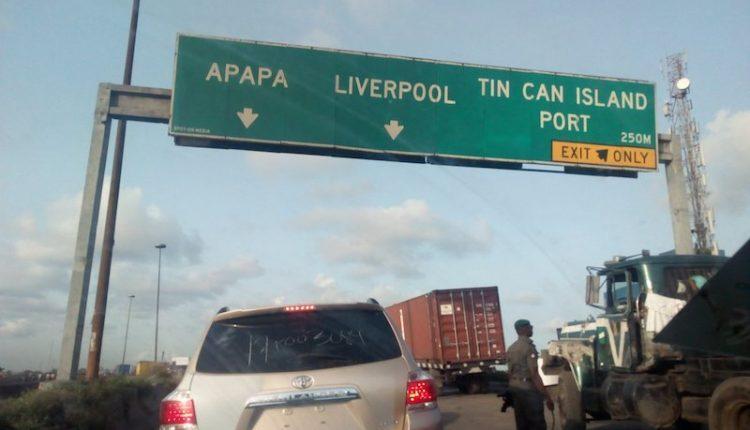 Although the access roads to Apapa and Tin Can ports were originally projected to give access to 1,500 trucks, now about 5,000 trucks seek access to the ports every day, according to reports by the Lagos Chamber of Commerce and Industry (LCCI). The report says Nigeria loses N600 billion in customs revenue, $10 billion (N3.6trn) in non-oil export sector and N2.5 trillion in corporate earnings across various sectors on annual basis due to the poor state of Nigerian ports.

The Nigerian ports are also being listed as one of the most inefficient and expensive ports in the world by global reports. One of such reports is the moverdb.com 2018 Overseas Cargo and Freight Costs template that shows that freight costs from the United States (Los Angeles & New York) to different port destinations of the world. The rates shows that the Apapa port from New York is the most expensive destination among the countries included in the template. For instance, it costs about $4, 982 to ship a 20 feet container from New York to Apapa, which is about twice the amount to ship a container of the same size to Cape Town, South Africa (at $2, 542). This is despite the fact that New York to Lagos is just 6,516 nautical miles and takes approximately 27 days for a ship to sail the distance while New York to Cape Town is 9,097 nautical miles and takes approximately 38 days to sail.

Also, the average turnaround time for ships at Apapa is estimated in excess of 30 days as against just two days for the most efficient ports globally.

The LCCI report also reveals that 25 percent of cashew nuts exported from Lagos to Vietnam in 2017 either went bad or were downgraded because of delays at Lagos ports. From exporting up to 1,700 tons per day, an exporter now exports between 100 to 250 tons.

On the import circle, only 10 percent of cargoes are cleared within the set timeline of 48 hours while the majority of cargoes take between five to 20 days to clear.

A clear sign of how inefficient and expensive the ports are, the number of government agencies at the ports has risen to twelve instead of eight, with each demanding inspection and associated fees.

Sadly the solution to the problem of inefficiency and congestion in the ports is well known – the complete revitalisation of the sea, air and land ports in eastern Nigeria. These were viable ports in pre-independence Nigeria. However, post-independence Nigeria governments and subsequently government agencies discouraged the use of the eastern ports and concentrated virtually all shipments into and outside Nigeria at the Apapa port forcing all Nigerian importers and exporters into the Apapa port. When pressures began to build up at the Apapa ports, the government later developed the Tin Can Island port, still within the Apapa axis to cope with the pressure on Apapa.

Of course, the pressures increased and the Lagos ports could no longer cope. To make matters worse, the eastern ports, due to abandonment, had silted and become shallow and unable to admit big ship increasing the dependency on the Apapa ports.

Therefore, any solution to the ports that does not include the complete revitalisation and repositioning of the eastern ports will amount to shadow boxing.

As GTBank leads in giving for Corona

Containing the spread of coronavirus

As GTBank leads in giving for Corona