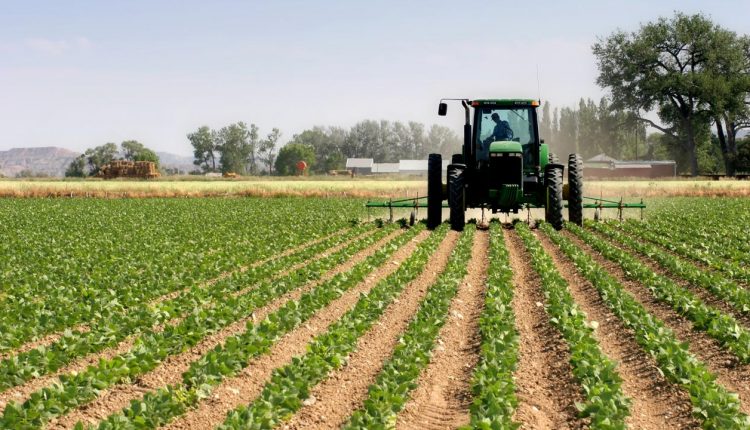 The agriculture sector in Nigeria remains a major contributor to GDP compared to other sectors of the economy. In 2020, the sector contributed 26.95 percent to Nigeria’s nominal Gross Domestic Product (GDP).

The sector employs about 70 percent of Nigeria’s working population. It has the largest economic activity in the rural area where almost 50 percent of the population lives.

But the outbreak of COVID-19 pandemic has further weakened the sector, which has been reeling under frequent clashes between herders and farmers with heavy casualties in some instances.

All these have brought to the fore many of the existing structural challenges in the sector. Farmers and dealers of agricultural goods struggled through the period of lockdown, as security agents routinely declined requests for ease of passage.

With farmers unable to access their farms, some that should have harvested their crops during the months coinciding with the lockdown were unable to, while those that should have been preparing their land for the planting season were equally restricted.

Shocks from the pandemic hit the country rudely, coming at a time when its shock absorbers were overtly weak. This has worsened the precarious state of the economy, costing Nigerians their jobs, weakening economic growth and increasing the number of the poor.

It has got to a point where all hands must be on deck to rebuild a more vibrant and sustainable economy. The federal government’s “we are self-sufficient and well able” disposition and policies no longer work, hence the private sector must be carried along.

In every economic crisis situation, households bear the brunt eventually through increased cost of living, job losses, health complications etc. This category of economic agents also account for more than 70 percent of contributions to the nation’s GDP.

Hence, it only makes sense that policy options that can help mitigate the effects of the crisis on this group must be focused on. This will help lay the foundations for a strong economic recovery, generating more jobs and improving employment.

To help save lives, prevent increase in poverty rate and protect livelihood of the poor and vulnerable, the Nigerian federal government must reprioritise public spending to protect critical development expenditures and stimulate economic activities. One way will be to lessen the COVID-19 induced pressures on the Nigeria agricultural sector.

According to the International Food Policy Research Institute (IFPRI), the agriculture contribution to GDP contracted by -14 percent in April/May 2020. Export crops such as Sugarcane, Beverage crops and Transactional export crops declined 47 percent, 45 percent and 58 percent respectively due to falling export demand and input supply disruptions. These crops account for less than 1 percent of agriculture GDP though.

Also, decline in investment spending and construction activities reduced demand for timber and wood products. This led to the forestry subsector which accounts for 1.1 percent of Agric GDP plunging by -25 percent during the period.

Meanwhile root crops, which are the largest food group and agriculture subsector in Nigeria account for 43.3 percent of the sector’s GDP contracted by 5 percent. Other subsectors moved in similar direction.

Moreover, the shutdown of Indorama, a leading fertiliser producer, due to the death of three workers related to COVID-19, as gathered by BusinessDay, was a major challenge for farmers in this difficult time.

Projections by national leaders of some agricultural commodity producers also estimated productivity last year could drop by an average of 47.5 percent.

Nigerians face a harsher reality of food shortage, job losses if reforms and policies targeted at increasing the processing capacity of agricultural produce by farmers and producer organisations are not initiated.

We believe that with such reforms, Nigeria would be able to mitigate the negative effects of the pandemic, while generating more jobs and improved employment.

Without bold reforms, strong fiscal and monetary policy actions, the World Bank warns that the macroeconomic implications of COVID-19 in 2020 and 2021 will be severe – including loss of lives, and the possibility of five million more Nigerians being pushed into poverty.