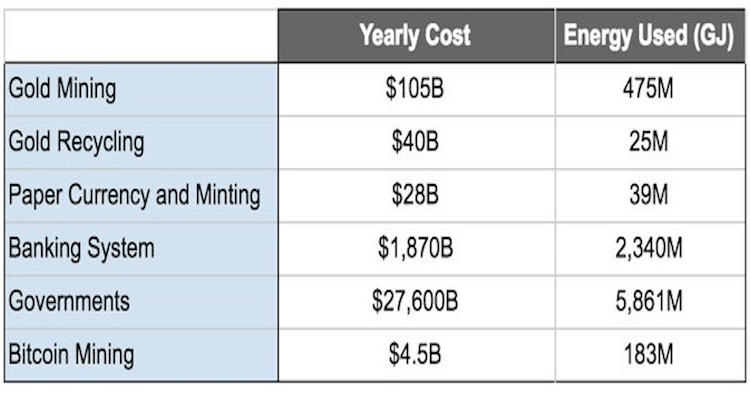 In the past few days, many crypto currencies have wiped off significant gains made since the beginning of the year renewing fears of the 2017 burst, where the price of bitcoin crashed from around $20,000 to below $3,500.

But experts say this time the price decline is different, as the market has stronger fundamentals and is coming into maturity on the back of institutional investments and growth in emerging market consumers.

“This bitcoin bull run is not just from institutions,” Marcus Swanepoel, CEO/co-founder of Luno, a global crypto currency exchange with a significant presence in emerging markets like Nigeria and other African countries, says in a tweet. “Our (retail) volumes in South Africa, Malaysia, Nigeria, and Indonesia all trebled over last month and at all-time highs. Emerging market consumers are voting with their money and they’re ready for a better financial system,” Swanepoel notes.

More investors in the market mean renewed scrutiny into the workings of the very infrastructure that powers the market and how it is deployed. There are questions about environmental impact, use cases, illicit activity, and regulation.

Bitcoin, the most valuable crypto asset, has been the most affected with the price falling by over 30 percent from as high as $58,000 it recorded last week to around $36,000. It recovered on Wednesday towards $40,000 and settled around $40,229 on Thursday morning.

While the price fall at 30 percent is high, the price level of both Bitcoin and Ethereum is still significantly high at over $40,000 and $2,000 respectively. The price decline

Long before Elon Musk and Tesla came along, there have been debates over the electricity consumption of bitcoin mining and the impact it has had on the environment and climate change.

It takes 10 minutes to mine one bitcoin. At 600 seconds (10 minutes), all things being equal, it will take 72,000GW (or 72 Terawatts) of power to mine a bitcoin using the average power usage provided by ASIC miners.

In explaining why it suspended bitcoin payments, Tesla said it was concerned about rapidly increasing use of fossil fuels for bitcoin mining and transactions, especially coal, which has the worst emissions of any fuel.

A report by the BBC in February found that the bitcoin network consumes 121.4TWh of power per year, which means that it would be the 29th highest energy-consuming country in the world, above Argentina and below Norway.

It is however important to also acknowledge that fiat currency printing and minting, gold mining, and the banking system consume far more energy than bitcoin mining.

However, stakeholders in bitcoin mining and operations say the technology is built in such a way that it incentivises the use of clean power. This is because it is currently much cheaper than non-renewables, and in an industry with such significant financial rewards, this matters. Miners will always go wherever they can use the cheapest power, and they will move to those regions where power is cheapest.

A report by payment firm, Square, also explains that renewable sources typically produce excessive supply when demand is low. Conversely, they struggle to provide enough when demand is high. The Square report recommends addressing divergent renewable production and demand for electricity by building an ecosystem “where solar/wind, batteries, and bitcoin mining co-exist to form a green grid that runs almost exclusively on renewable energy.”

The use cases of crypto currencies remain a concern of many institutional investors. In the past, the most uses for bitcoin have been as a speculative asset – investors stake capital in hopes of trading for high capital.

But crypto currencies like bitcoin have potential for transforming payments and remittance in the financial services sector. This is why the market continues to celebrate the entrance of payment institutions such as PayPal, Mastercard, and Visa in the market. US banks like Goldman Sachs and JP Morgan have also provided support for their investors in crypto currencies.

Data from Chainalysis show that institutional investors have spent $410 billion to acquire their current bitcoin holdings. $300 billion of this has made a loss at a price of $36,000. However, the remaining $110 billion in profit is greater than all that had been spent to acquire all bitcoin held in mid-March 2020, when the last major price fall occurred.

This is one sore spot that critics of crypto currencies easily spotlight. In Nigeria where authorities have taken a hard stance on the market, the financial regulator accuses crypto currencies of funding terrorism and kidnappings, two malaise fuelling insecurity in the largest country in Africa.

Ironically, long before crypto currencies became a trend in the country, fiat has funded criminal networks wreaking havoc, and also oiled the bank accounts of corrupt politicians. But the anonymity of crypto currencies is making it very attractive for criminals.

“Attackers show no signs of slowing down in 2021, and have already taken in more than $81 million from victims so far this year. It’s important to keep in mind that these are low-end estimates, and that the true numbers are almost certainly higher,” the report released in May 2021, noted.

It is a challenge that many crypto currency operators are still scrambling for answers for. In the absence of regulation, crypto currency exchanges have since taken up the challenge to build their own security firewalls, these efforts have mostly paid off as the number of breaches has reduced significantly.

The Central Bank of Nigeria (CBN) toed a similar prohibitive path in February 2021. India is also planning a review of regulation for the crypto currency market. The Indian government is reportedly looking at the possibility of regulating crypto currency. Unlike China and Nigeria, Indian authorities think a blanket ban recommended by former finance secretary Subhash Garg in 2019 has become out-dated.

“There is a view within the government that the recommendations made by the Subhash Garg committee are data and a fresh look is needed at use of cryptos rather than a total ban,” a source said.

In Nigeria, the government is not totally aligned with an outright ban of the market. The Vice President and many lawmakers have disagreed with the CBN on the prohibition, recommending regulations for the market instead.