A first-of-its-kind course on blockchain law in Africa, Blockchain for Lawyers 101is a comprehensive course targeted at lawyers who need a fine introduction to blockchain technology, its applications across industries,

Saturdays are for weddings and it was perhaps no different on Saturday 30 November 2019 when Abuja lawyers (and a few future lawyers) were wedded to the blockchain technology at the second edition of Blockchain for Lawyers 101. Held at Stonehedge Hotel in Central Business District, Abuja FCT, last weekend’s Blockchain for Lawyers 101 training program has been described by one of the participants as a “masterclass, not a mere breeze over blockchain and law”. At the training program, participants were treated to thought-provoking appetizers and intellectually-stimulating and engaging main course meals, as contained in the course outline. The training program was engaging, interactive, and fun. 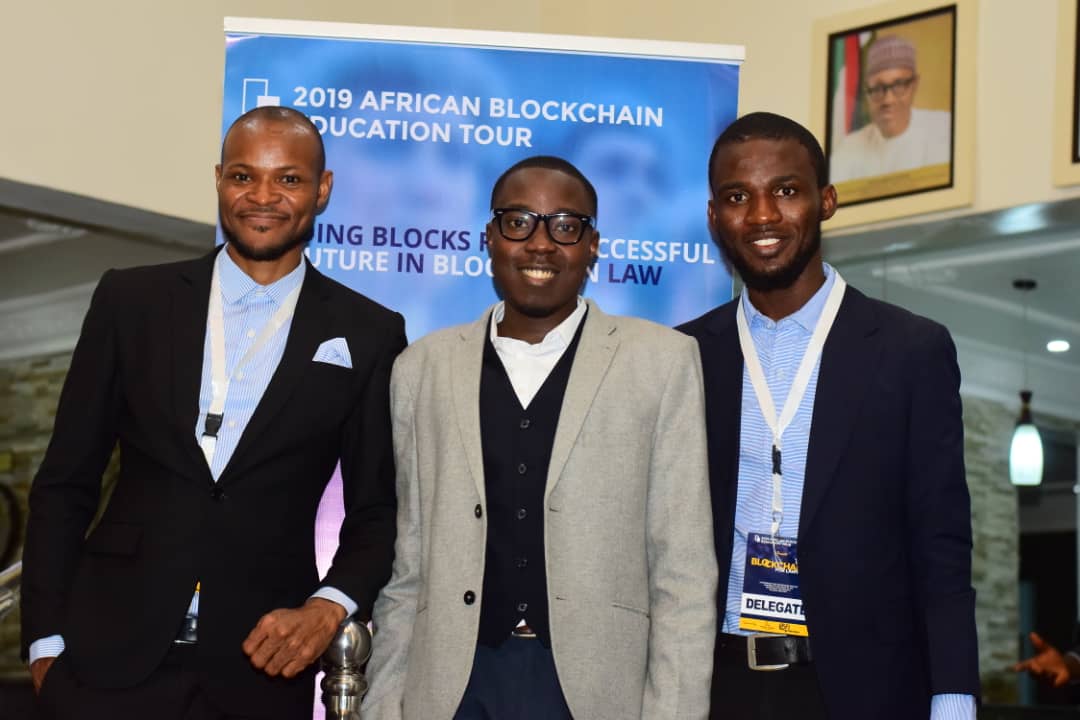 After registration of delegates and a brief welcome note by Senator Ihenyen, Lead Partner at Infusion Lawyers, the one-day training program kicked off with the first speaker, Linus Kingdom. Linus is a blockchain business consultant and initiator of the African Blockchain Education Tour, the blockchain education platform through which lawyers and law students are being introduced to blockchain technology.

Under part one of the course, Linus started with a video-powered introductory presentation, ‘Having an open mind while learning about emerging technologies’. The video showed participants why they should open their minds to the emerging blockchain technology, so they avoid the same mistake that doubters made when the Internet was emerging in the early 1990s. Linus pointed out that while those who understood the immense potentials of the Internet early leveraged on it for growth and expansion, doubting Thomases have been left behind.

After taking some questions and comments from the participants especially questions bordering on what blockchain reply is, Linus played a second video, this time illustrating how blockchain works. He then went on to briefly introduce the audience to cryptocurrency as an offspring of blockchain technology. Using an ink board, he illustrated to the participants what a cryptocurrency wallet, private key, public key, and related terms are. In response to a question by one of the participants, Linus demonstrated how cryptocurrency transactions could be completed and traced, using bitcoin for example. Also, the economics of how the 21-million-capped bitcoin, for example, acquires value based on the forces of demand and supply was briefly discussed. This practical exposition was necessary to enable participants have a practical understanding of how transactions are completed using blockchain.

That was only an appetizer.   The ‘main-course meal’ was served when Senator Ihenyen was introduced to treat participants to the rest of the course. Continuing with part one with a 218-paged PowerPoint presentation altogether, Senator took the participants by hand from the problem Satoshi Nakamoto–the creator of the first application of the blockchain technology–has come to solve to how participants could reposition themselves to leverage the immense potentials of the blockchain technology. 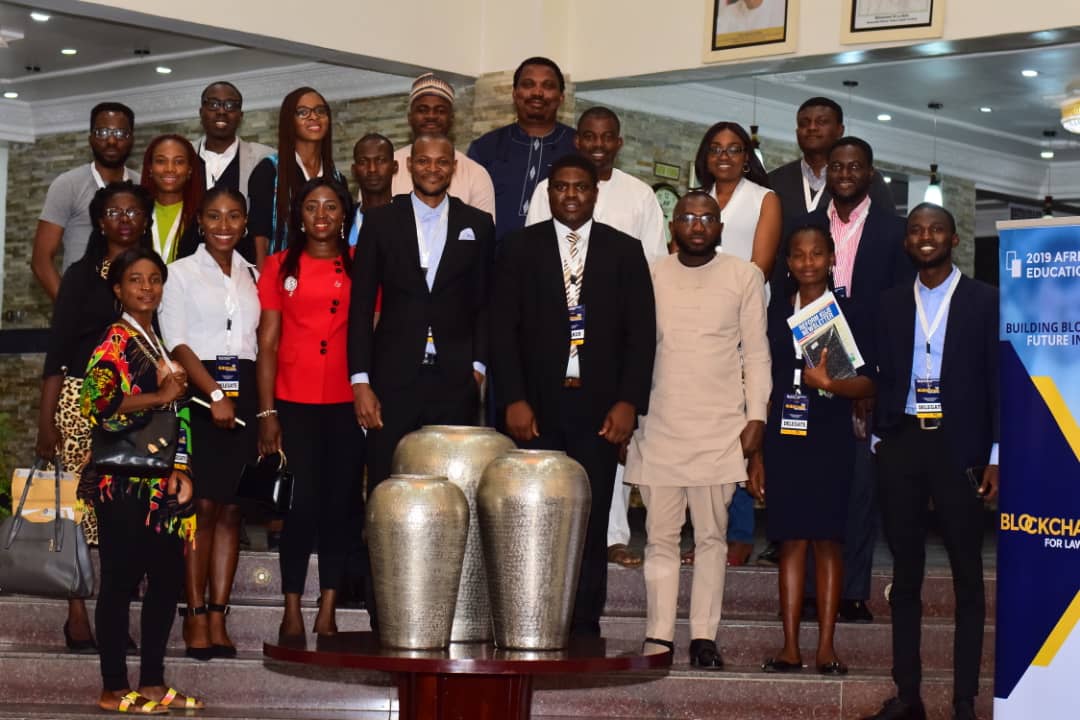 Under part two, titled Blockchain and Lawyers, Senator introduced blockchain as a trustless technology and why this matters to lawyers who are essentially third parties in the business of trust. He went on by identifying major blockchain use cases for legal services and then took a bird’s eye view of the blockchain ecosystem, pointing out that lawyers are in the middle of the various industries that blockchain applies. Emphasizing the need to understand blockchain evolution, Senator traced the double-spending problem that Satoshi Nakamoto sought to solve with Bitcoin and how the first application of blockchain in the financial services industry has made blockchain often confused with Bitcoin. He discussed what blockchain is and the types of blockchain. Lastly, he clarified what he described as the understandable confusion between blockchain and Bitcoin, pointing out that indeed Bitcoin is itself a blockchain, a network, and a cryptocurrency (properly written in the lower caseb when referring to it as a cryptocurrency).

In part three, focus shifted to tokenization and classification of tokens. On introducing the concept of tokenization and the major types of token to the participants, Senator emphasized that proper classification is critical to determining regulatory approaches and legal effects regarding what a particular token is. To help participants understand the principles behind token classification, he identified five dimensions for classifying tokens. In a discussion that turned out to be both robust and interactive, Senator also differentiated between a token and a coin, while also noting aspects they may share similarities, such as payment tokens. Participants got to ask questions, especially bordering on the regulatory implications of the classification of tokens as taught in the course. Pointing out what token falls under each regulator’s powers, Senator made the participants see why lawyers, compliance officers, and regulators must understand token classification since it determines regulatory treatment and legal consequences.

Speaking of treatment, it was time for lunch. Participants and guests were treated to a buffet lunch in Stonehedge Hotel underground restaurant. Participants also had networking opportunities and a few photo shots as well as selfies of course!

Describing 2017 as the Initial Coin Offering (ICO) year and distinguishing the technical difference between “crowdsales” and “crowdfunding”, Senator moved to the second part of part three, ‘Crowdsales and Virtual Assets: Structure, Risks, and Best Practices’. Here, Senator identified the types of crowdsales, pointing out how each type has struggled at different times. From ICO to Initial Token Offering (ITO), Initial Exchange Offering (IEO) to Securities Token Offering (STO), Senator threw light on how each one works, including what risks, opportunities, and threats each one has. Using Ethereum and the now defunct first Decentralized Autonomous Organization (DAO) as examples of ICOs, Senator illustrated what he described as the good and bad sides of the ICO coin. Concerning IEOs, participants wondered aloud if centralized exchanges were not becoming the third-party bankers Satoshi Nakamoto had come to remove in the first place. Reactions in the room showed that this concern was worth some reflection.

And speaking of evil, the emergence of cryptocurrency since Satoshi’s bitcoin seemed to be the evil that must be stopped for most regulators across the world. At least this was the picture from part four of the course which bordered on Cryptocurrency Regulation and Consumer Protection. In a comparative analysis of cryptocurrency regulation across major jurisdictions across the world, Senator took off with the participants to the United State, China, Switzerland, Malta, Estonia, South Africa, and touched the tarmac in Nigeria.

Under part five of the one-day course, the closing part, the participants were introduced to what smart contracts are and the types, benefits, applications, and limitations of smart contracts. Senator considered whether smart contracts are legally enforceable, looking at relevant laws. It got even more interesting when participants were asked if smart contracts will make lawyers irrelevant. The majority of the answer was NO, as would be expected in a room filled with lawyers! Senator’s answer to this question was YES, smart contracts will make lawyers irrelevant “if what you wish to achieve is write codes and programs in a legal vacuum, without any rights and liabilities requiring enforcement”. But the answer is NO, continued Senator, “if what you wish to achieve is create personal or business relationships with legal rights and liabilities. You will always need a lawyer to ensure that the coder is writing the CODE OF LAW not merely the code of logic”. Finally, Senator drew the curtain by identifying how lawyers can leverage blockchain for professional growth and opportunities.

At the end of the one-day training program, the audience drew the curtain with a resounding applause.

Organizers, sponsors, special guests, and participants proceeded to have photo sessions. After what was an engaging, interactive, and fun day, everyone was smiling to the camera, saying “fees”. With lawyers, to hell with the cheese.

One of the participants, Oche Victor, an Abuja-based IP lawyer, said: “Blockchain for Lawyers 101 is a game changer for me. It was a whole disruption of the former way of doing things. Blockchain technology is changing the economic narrative. Thank you so much Infusion Lawyers and all the partners that made this training a reality. Blockchain technology is the future. I am glad I am part of the future”. Also, another participant, Chinyere Ossy-Okoye, winner of the Everlaw Blockchain for Lawyers Essay Competition, was happy to say that “Blockchain for Lawyers 101 is not just timely, it is also revolutionary. It spoke to my expectations and exceeded it. Happy to have been part of the training”.