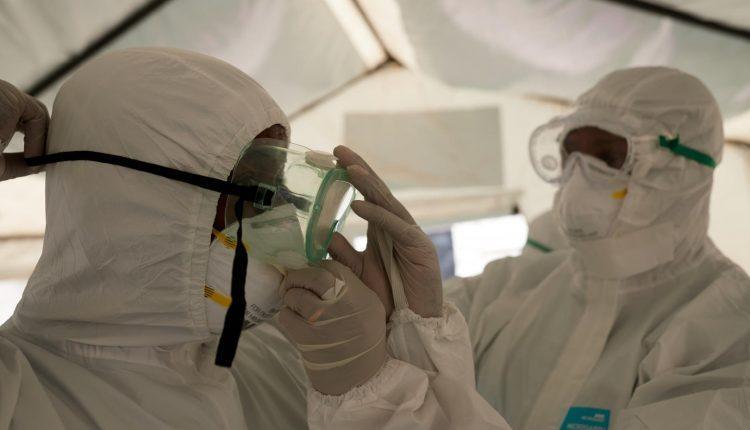 An expert has identified increasing testing and the willingness of the enlightened and elite class, many of whom live in highbrow Eti-Osa local government area of Lagos, to subject themselves to test, as possible reasons why there is continuing spike in Covid-19 confirmed cases in Eti-Osa.

Since the index in Lagos, Eti-Osa has continued to witness increased cases of Covid-19 cases, ranking tops among other local government areas in the state.

As of Monday, June 29, the local government was ranked by the Presidential Task Force (PTF) on Covid-19 among 18 others across Nigeria with the highest cases of the highly contagious disease, a development that continues to poke fear among the residents of the area. Of the 18 local government areas identified by the PTF, 11 are in Lagos. They include Eti-Osa, Mainland, Mushin, Alimosho, Kosofe, Ikeja, Oshodi-Isolo, Apapa, Amuwo Odofin, Lagos Island and Surulere.

But while Lagos remains Nigeria’s epicentre of the virus, Eti-Osa, is seen occupying that position for Lagos. The local government hosts some of the most expensive estates in Lagos, including highbrow Banana Island, Lekki Phase 1, Victoria Garden City (VGC) and Ikoyi.

Babatunde Salako (professor), Director-General of the Nigeria Institute for Medical Research (NIMR), postulates that this may also be playing a role in what is happening in Eti-Osa.

“I have speculated on this before, it’s probably part of the community transmission. Besides some of the inhabitants of the LGA are in the elite class who probably could get tests done in public places, but now that Lagos State government has brought in private hospitals and laboratories, these groups of people are comfortable to patronise them. So more tests are being done among them,” said Salako in response to a question by BusinessDay.

Speaking further, Salako noted that it wasn’t too surprising that Eti-Osa was recording increasing cases, as according to him, this part of Lagos is also where those with symptoms of the disease were first detected.

“Despite the fact that it is the same test that is being run in all local governments, Eti Osa started the trend. Eti Osa is a highbrow area where most of the affluent in Lagos and those who travel frequently live. Therefore, it is not surprising that the initial cases we had, aside from the index, were mostly from there. Lagos Mainland and Ikeja are an extension of such highbrow areas.”

All these, the professor said could be contributing to the rising cases in those areas, which also explains why Covid-19 was initially regarded as the travellers-and-contacts disease.

When also contacted, Moyo Finnih, the special adviser to the Lagos State governor on public health, agreed that many factors may be responsible for the spike in Eti-Osa, but she did not list the factors. Finnih said: “There may be multiple factors, but give me time to find out. I will call you back. She did not call back