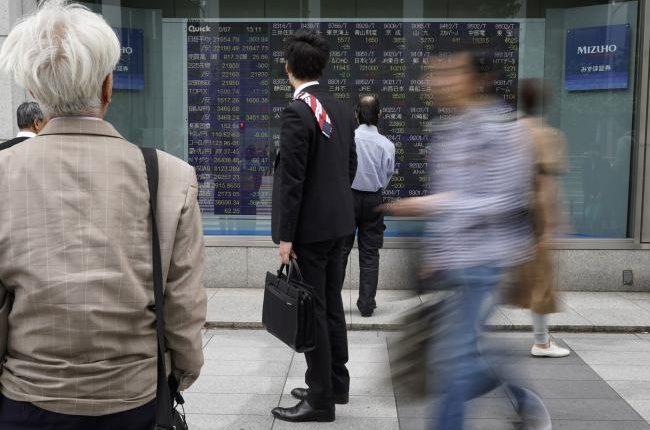 Stocks came under pressure in Asia and U.S. equity futures retreated after Japan reported two deaths from the coronavirus and cases in South Korea jumped, spurring concerns about the spread of the disease outside China.

Stocks came under pressure in Asia and U.S. equity futures retreated after Japan reported two deaths from the coronavirus and cases in South Korea jumped, spurring concerns about the spread of the disease outside China.

Futures on the S&P 500 Index were down along with the offshore yuan after the Japanese report.

The dollar rose against most Asian currencies, and held near the strongest against major counterparts since May 2017.

Australia’s dollar reached its lowest against the greenback since the global financial crisis after a monthly jobs report underscored slack that may keep monetary policy easy.

Treasuries edged up.Japan’s Topix earlier climbed as much as 1.2% after an overnight tumble in the yen boosted prospects for exporter earnings.

The yen slumped past 111 per dollar with little immediate trigger; market participants ascribed a host of reasons, ranging from disappointing economic news to early positioning before the fiscal year-end next month.

The currency Thursday took back a sliver of the biggest losses since August.

While the number of new coronavirus cases in China continues to come down — epicenter-province Hubei reported a steep drop Thursday, though that was tied at least in part to another change in methodology — those outside are sparking alarm.

Japan, which has come under criticism for insufficient efforts to contain the disease, said two people from a quarantined ship have died.

“Over the next couple of months we are going to see very bad economic data coming out of China and the rest of the Asian markets,” Suresh Tantia, senior investment strategist at Credit Suisse, told Bloomberg TV in Singapore.

“Analysts are likely to revise down the earnings estimates. So, after this rebound, we don’t see much value in Asian markets.”

Elsewhere, oil gained as U.S. sanctions on Russia’s largest producer and conflict in Libya put the focus on supply threats.