…But Governor says no going back, rather considering tougher measures on Monday

…Says you must be alive to talk of food 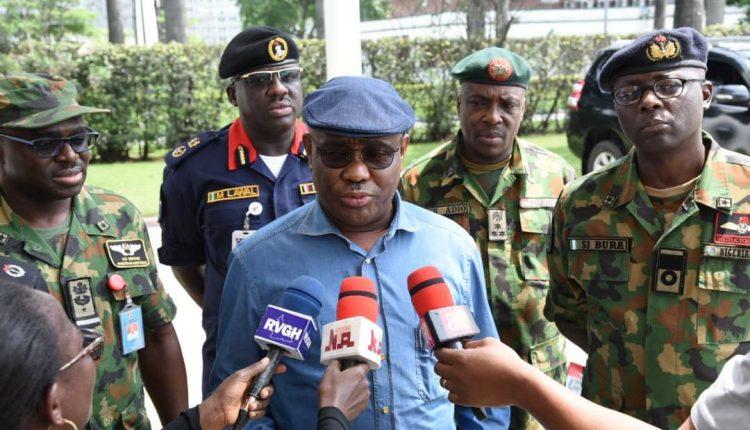 The social media space and local radio stations are awash with calls for such measures to reduce the seemingly harsh orders of shutting down all entry points and markets in the state.

Television footages have shown long queues at the boundaries with travellers sleeping on the road.

Most of the motorists told newsmen they were going to other states such as Lagos and Calabar. The queue at the Imo River boundary to Abia State was full of lorries, trucks, and trailers.

Top corporate entities have pleaded for exemptions and this was turned down.

A strong female voice, the former member of the House of Assembly, Victoria Nyesche, said enough notice was not given and decried what she called negative impact on residents. She lamented the absence of palliatives and urged the governor to emulate Delta, Akwa Ibom, and Lagos states.

Adding a collective voice, the Rivers State Civil Society Organisations (RivCSOs) led by Enefaa Georgewill, who commended the state government for the drastic measures to curtail spread of COVID-19, however, called for review of the stringent ones such as boundary closure and markets being shut down.

RivCSO thus called on the state government to review some of its earlier positions by suggesting the payment of salaries to civil servants to stock food, and ask private employers to do so. “Government should relax the part pf its decision to shut all markets including food items.’’

RivCSO urged the government to consider food centres plus food and medicine corridor and to liaise with the private sector to form a coalition of relief and support to help the masses. “Government should liaise with service providers like PHED, cable network providers and communication network providers to provide free or cheaper services within this period as part of their corporate social responsibility (CSR) to encourage citizens to stay at home.

“The government should also prevail on all landlord in the state not to disturb or pressurise any tenant for rent at this time, as this will distort and not enable the sit-at-home directives of government and may increase the risk and possibility of more spread of the virus in the state.”

The CSOs want the governor to explain on the state of preparedness should the situation get higher than the one person so far and there mention the location of isolation and treatment centres, if any.

Meanwhile, Gov Wike who made himself chairman of the task force on closure of markets and boundaries led the team round the state on Saturday, day one, and expressed satisfaction with the level of compliance.

Speaking after leading the task force, the governor said: “We are satisfied with the level of compliance, even though there are those who thought that the closure of markets will not take effect from the first day. We will also go out tomorrow. After tomorrow, we will know if we will apply more stringent measures on Monday.

“What we are doing is to protect the lives of our people. Some people may talk about the inconvenience, but you must be alive to talk about food. This is the time everyone must make sacrifices. This disease affects the entire population. Whatever measures we bring out is to curtail the spread of this deadly virus.”