...to increase testing capacity by 1000 per day 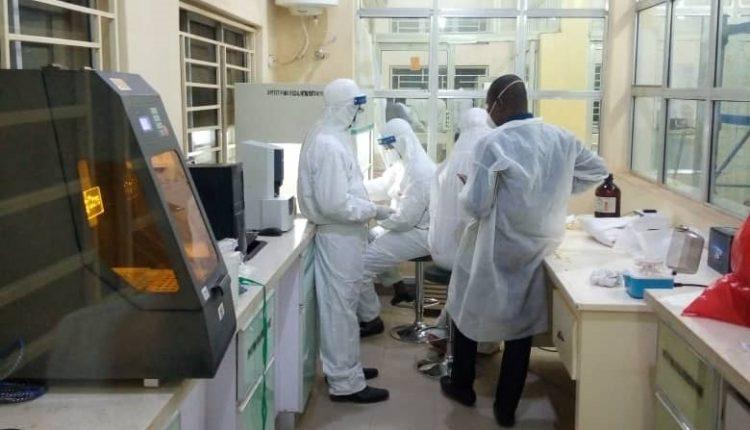 The Nigeria Centre for Disease Control (NCDC), says the laboratory at the Aminu Kano teaching hospital which has been shut down for some days have been reactivated to carryout Covid-19 testing.

Chikwe Ihekweazu, Director General, NCDC who announced this on Monday, recalled that the Laboratory was shut down for decontamination. This was after its staff tested positive to the Coronavirus disease.

Ihekweazu said efforts are also being intensified to make the lab fully functional.

“Ten days ago, I announced the activation of the laboratory in Aminu Kano teaching hospital. Unfortunately we have a situation where the lab was contaminated and biosafety measures had to be strengthened, so in the interest of all the healthcare workers in Kano, we had to pause and shut down the lab for a few days. So, we hbe been working together with our colleagues to reactivate this lab,” he explained.

He added,”In the last 72 hours we sent another team form the National Reference Laboratory, they have worked day and night to reactivate that lab. It has not been an easy effort, to make this happen, we will not stop till the lab is fully functional again.

The DG also informed that the NCDC is also working with a new lab in Bayero University Kano so that there will be two labs working concurrently in Kano.

The NCDC DG however said the high number of cases in Kano dis nit come as a surprises, but was expected due to the high population of the state, but said the number is still a concern to government.

He noted that the National Response team is already in Kano with a total of 15 people to support date government efforts in containing the disease. The DG said efforts will be scaled up in the state.

Ihekweazu further said investigations into the causes of the deaths that have been reported is still ongoing and an initial result will be produced in a few days.

He explained that Mortality surveillance is not easy, hence the NCDC is working to do a verbal autopsy retrospectively and prospectively with the public health team in Kano.

The DG also informed that, the centre is working to increase number of tests conducted across the country by 1000 per day.

“Our focus this week is to rapidly save testing across the country and I’m happy to announce that we are activating a Roche machine in the National Reference Laboratory today to give us an extra capacity of about a 1000 samples per day if we can get the samples in. So we are working to get in the samples from across the country,” he said.

The DG said there are a lot of capacity there in the capacity to test in the country, but the challenge is getting in samples.