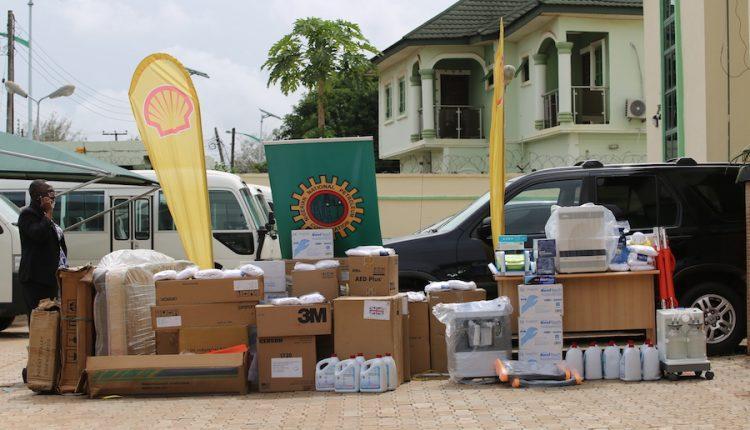 Delta State Government has said that it would commence more aggressive contact-testing of Coronavirus (COVID-19) cases across the state following the donation of PCR testing machine and other medical equipments to it by Shell Petroleum Development Company (SPDC) and it’s development partners.

The testing machine and kits is said to be capable of testing 1,000 cases daily and the government said that with Increased contact tracing, those infected by the virus would be treated.

The donation came few days after the state governor, Ifeanyi Okowa had called for support to various state government in the country, in the area of testing kits, as he said if such was made available, it would ensure more contact tracing of COVID–19 cases.

The state as at Thursday, June 17 had 317 confirmed cases of the virus comprising 224 active cases, 76 discharged cases and 17 deaths.

Most people have continued to wonder why the confirmed cases of the virus have continued to rise tremendously but the state government had attributed it to the increase in contact tracing. The more we test, the more we get more confirmed cases and this helps in early treatment of those affected and saving more lived of Deltans, said Okowa last week.

Now, speaking on Wednesday, June 17, after SPDC and it’s partners donated the testing machine and other medical equipment to the state, Okowa who was represented by the Secretary to the State Government (SSG), Chiedu Ebie, thanked the donors for complementing the government’s efforts in the fight against the pandemic.

He said that the state has continued to take issue of COVID–19 seriously, adding that the PCR machine would be deployed immediately for more testing to treat those infected.

Managing Director of SPDC and country Chair, Shell Companies in Nigeria, Osagie Okumbor, who made the donation through his representative Evans Krukrubo, Stakeholders Manager of the company, said that with Covid-19 compatible PCR machine and extraction kits for 1, 000 tests as well as other critical equipment to operationalize the Covid-19 isolation centre.

“The PCR machine is approved by the Nigeria Centre for Disease Control (NCDC) to deliver Covid-19 molecular screening tests.

He said that Delta Government deserved support from SPDC as the company had also received a lot of support from the government and people of the state.

The government had showcased that when you want to know what ease of doing business is, you have to come to Delta, he added.

“The SPDC, in conjunction with our joint venture partners – NNPC, TEPN and NAOC – remain committed to supporting government’s efforts at managing the pandemic and recognise as a key gap, the absence of adequate testing capability globally and in Nigeria, he said.

A representative of NNPC at the event, Mr Simon Obasi, stated that the donation was to cushion the effects of combating Covid-19 on the state government.