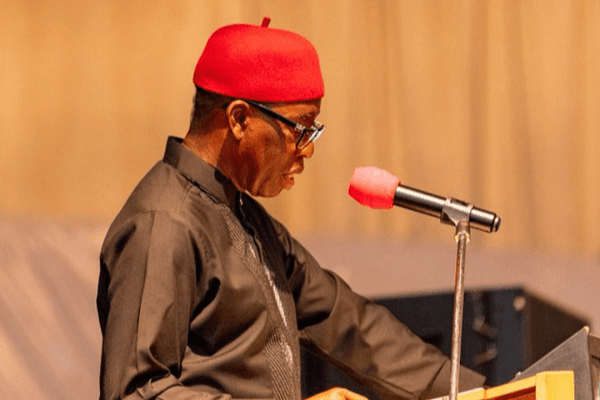 One of the daughters of Governor Ifeanyi Okowa of Delta State has tested positive for the novel Coronavirus (COVID–19), culminating in the first family going on 14 days self-isolation.

The state government announced the development in Asaba  Friday, in a statement signed by the governor’s Chief  Press Secretary (CPS), Olisa Ifeajiaka.
He said they are going on isolation was part of efforts towards stemming the spread of the virus in the state.
He advised the citizens of the state on the reality of the virus, saying,  “it is pertinent to stress that COVID-19 is real, and citizens are advised to be disciplined and comply with the protocols of wearing Face Masks and maintaining physical-distancing while in public places as well as basic hygiene of hand-washing with soap in running water and use of alcohol-based sanitisers as NCDC regulation demands,” Ifeajika added.

It would be recalled that the office of the Secretary to the State Government (SSG), had been shut down since the SSG, Chiedu Ebie, tested positive for the virus last Sunday.

Also, the ministry of information complex had been shut down after the information commissioner,  Charles  Aniagwu, tested positive, same Sunday.
.
All the staff in the two affected government offices were told to go on 14 self-isolation, especially the permanent secretaries.

The government’s seat of power may be the next to be shut down and many fear that this would negatively impact government programmes and by extension the socio-economic activities in the state.

OYSG partners NEMA to give relief to 300 flood disaster victims