Ganduje assures of prompt payment of allowances to health workers 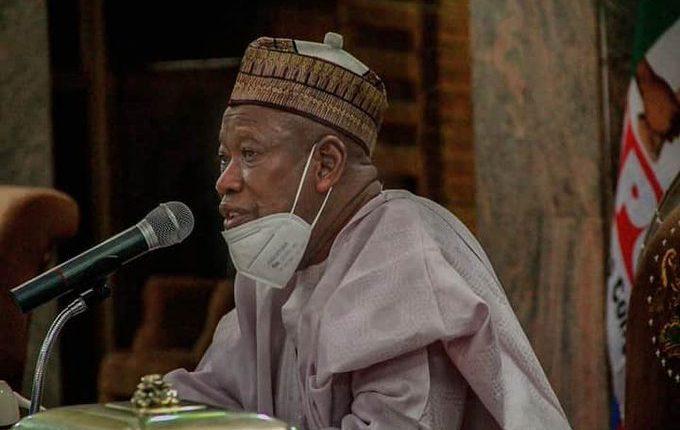 Kano state governor Abdullahi Umar Ganduje has assured that his administration will continue to promptly pay all allowances due to frontline health workers involved in the on-going effort to tackle the Covid-19 pandemic in the state.

The governor, who stated during media briefing organized by the State Task Force on COVID-19, at Africa House, Government House, Kano, Thursday, noted that all frontline health workers mean a lot to the state which informs the priority being given to their welfare

He promised that his Administration will continue to give all the necessary support to them as a way of ensuring that pandemic is effectively curtailed in the state and the country at large.

Commenting on the plans put in place to ensure that all the Protocols spelled out for the curtailment of the spread of the Covid-19 causing virus during the Eld-el-Kabir celebration, the governor revealed that government officials have been sent to the various Eid-Prayer grounds across the 44 local governments, to make sure that protocols are observed during the prayers.

“For us in the state, it is still not business as usual. Obeying protocols is the answer. Our resolve to ensure that the wearing of face mask at all time is total and because we have come to know that wearing it is one of the most difficult aspects of protocols that is we have to launch the distribution recently.

“And we are glad that the state is gradually winning the war against the various. At the moment while the national positivity rate is 18.7 percent, our average positivity rate stands at under 2%”, he noted.

In his remarks the Chairman of the State Task Force on COVID-19, who is also the Deputy Governor, Nasiru Yusuf Gawuna commended the governor for giving an exemplary leadership in driving response against COVID-19 in the state.

“We are very grateful Your Excellency for driving the response excellently. We have reached this impressive point due to your commitment and genuine concern for your people. We also wish to commend the ministries of Information and Environment for their unflinching support in the fight against COVID-19 pandemic in the state”, the deputy-governor stated.

In his brief, the technical coordinator, Dr. Tijjani Hussaini reveals that Kano state is at the moment contributing only 17 percent of the total samples collected in the country, adding that as at 29th July, 39,365 samples were collected, and a total of 32,418 were received, with 1,566 confirmed cases.

He revealed that a total of 1, 256 patients were discharged, adding that those under treatment are 255, with most of them undergoing home base treatment.