...Says We are working with Resident Doctors to halt strike

by Anthony Ailemen, Innocent Odoh and Harrison Edeh On Jun 18, 2020 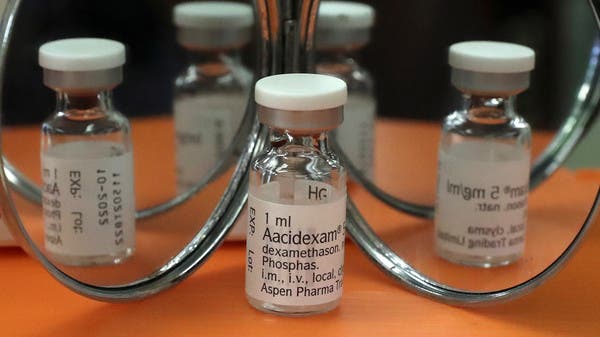 The Federal Government has said it is going to add dexamethasone amongst the drugs used for the treatment of Coronavirus patients.

Minister of Health, Osagie Ehanire stated this at the daily briefing of the Presidential Task Force on response to the Coronavirus pandemic, PTF COVID-19.

The Health Minister said “we are going to ask our clinicians to consider it in their trial. These are not medicines that we should be using; these are medicine that doctors use and luckily this medicine is not new.

“It is used for other purposes. It is a steroid that is used for general purpose and is found to be useful in this case. It is easy to try, it does not have side effect. The usual dosage is well known and it is not terribly expensive or terribly unavailable.

“So, we are going to ask our clinicians to consider adding it to the trial to see the results in our circumstance,” he said.

Dexamethasone has been approved by the World Health Organization WHO, as “cure” drug for the treatment of critically ill Coronavirus patients.

The drug whose initial trials have proved successful, according to the Health Minister, will now be approved by Nigeria for the treatment the disease.

The Minister said the Ministry of Health will also be prioritizing the procurement of oxygen generators alongside ventilators, adding that “experience so far shows that oxygen supplementation is in high demand in treatment.”

He announced the signing of a bilateral agreement between Nigeria and the Democratic People’s Republic of Korea on cooperation in the area of public health and medical sciences.

The agreement, he said, is to start cooperation between both countries in these areas of exchanging experience in public health and health sciences, as well as the facilitation of visits by scientists and Exchanging information in research.

The Minister while also speaking on the current strike by members the National Association of Resident Doctors, acknowledged that the Doctors “have issues that they are frustrated about” but stated that government was engaging with the Doctors with a view to halting the strike action they embarked upon since on Monday.

Ehanire noted that he had a cordial discussion with the resident doctors, earlier on Thursday

“It is clear that there are some things they are frustrated about and justifiably, and many of the things that they reported did have merit” he said.

The Health Minister noted that some of the issues are directly related to government at the sub-national levels, however assured that the government will work within stipulated processes.

Ehanire also warned that the increasing number of cases, should be a warning that the case fatalities could be increasing too, adding that “there are measures we can take to limit the fatality, rate.

“The first is that since the cases of fatalities are with persons over 60 years of age or have pre-existing ailments like diabetes, cancer, hypertension kidney diseases, HIV among others.

“These groups of citizens labeled the special citizens of the COVID nineteen can be specially protected.

“This protection begins with them limiting their exposure to covid-19 infection by opting to stay at home except when there is an urgent need to go out,” he said.

He also advised them to wear a face mask anytime they are outside the house or when inside the house with persons who may have been exposed and also observe other non-pharmaceutical advice by maintaining social distancing and wearing their masks.

“I must also emphasise that going to places where there could be a crowd like the market, places of entertainment, or places of worship carries risk of exposure because you don’t know who is standing next to you and who has it.

“I also want to emphasise that being in a closed room or environment increases room for exposure in proportion to the number of people at the length of time spent with them,” he noted.

Sani Aliyu, the National Coordinator of the Presidential Task Force, said the PTF continues to be concerned about the issue of compliance on the safety protocols.

“The fact that we are receiving many reports on the flouting of the guidelines by individuals, groups and organisations is unacceptable.

“Covid is far from over globally. There is no doubt that a lot of community transmission is happening, and it continues to increase across the states,” Aliyu said.

In his review, Mustapha said the PTF had in addition to non-pharmaceutical measures, expanded the testing laboratories from two (2) to 38, trained over 13,000 health workers in Infection, Prevention and Control (IPC). It had also developed policy and protocols for testing returning Nigerians, he said.

Nigeria’s COVID-19 testing gets a boost as government approves N8.49bn for kits,…

COVID-19: US donates 200 ventilators to Nigeria