After a decade and a half in Hong Kong, New Zealand native Ian Jacob is calling it quits. The owner of a construction-materials company, Jacob and his wife were worried last year about the political unrest, especially after the temporary suspension of schools 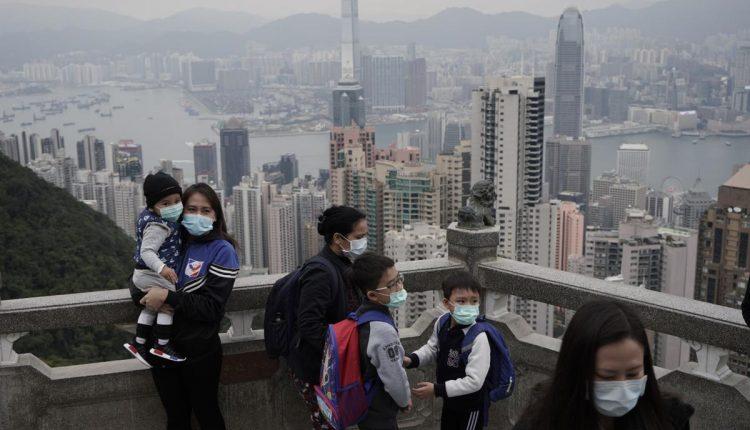 After a decade and a half in Hong Kong, New Zealand native Ian Jacob is calling it quits. The owner of a construction-materials company, Jacob and his wife were worried last year about the political unrest, especially after the temporary suspension of schools. “We watched as the situation got worse and worse,” he said.

With classes suspended again amid the coronavirus outbreak, the prospect of more home schooling for their 10-year-old daughter pushed them to take refuge in Auckland, New Zealand. Jacob said they’ll be moving back there for good once the school year ends in Hong Kong.

“It’s just becoming an unstable environment to raise a child in,” he said.

The debate about leaving Hong Kong — which began for many expats during the unrest last summer and fall — has taken on a greater urgency with the spread of the virus, which has claimed more than 1,800 lives globally, and caused many companies in the financial hub to require employees to work from home.

An exodus by expats like Jacob could further damage an economy already reeling from the unrest and the virus, with visitor numbers plunging and unemployment rising.

Hong Kong residents who come from elsewhere play outsized roles in finance, law and other service industries that make the city a global business capital. About 690,000 foreigners and non-Hong Kong Chinese live in the Special Administrative Region, accounting for about 9.5% of the population, according to the 2016 census.

Half were from the Philippines and Indonesia, the main sources of domestic helpers; the former colony also had about 35,000 Britons and 14,800 Americans.

The city’s population at the end of 2019 fell 0.1% from the midyear count, the first decline in almost two decades, according to government data released Tuesday.

Though there are no statistics on the number considering permanent moves, there is growing anecdotal evidence of a shift in sentiment among expats.

Relocation companies are seeing a spike in inquiries about overseas moves with growing predictions that the political stalemate will lead to more instability.