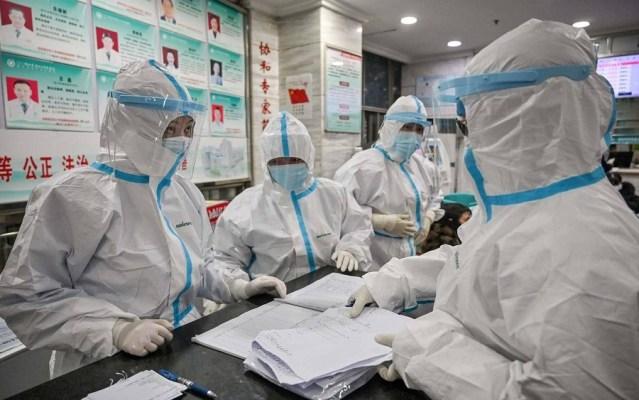 Nigeria has a lot of lessons to learn from the coronavirus outbreak, one of which is that it needs to build an economy with strong buffers.

The country’s over-dependence on oil is no longer sustainable, according to Sam Amadi, former chairman, Nigerian Electricity Regulatory Commission (NERC).

“We can’t solve our economic crisis of over-dependence on oil through usual economic policy making,” said Amadi, who currently lectures at Baze University in Abuja.

“The crisis is rooted in the legal and institutional framework of the economy. That’s the sense of restructuring,” he told BusinessDay.

Amadi said the country was largely a single commodity economy and nothing would change as long as it remained more attractive to political elites.

He further said Nigerians were talented and had significant brain power to become an industrial and innovative medium level economy but blamed its monoeconomy on lack of political will to diversify.

“Our salvation lies in de-emphasising oil economy and its freezing impact on creativity and innovation,” Amadi said.

“We have to abandon the rentier economy that is serviced by oil and move to a productive economy built on innovation and enterprise,” he advised.

He pointed out that Nigeria had been yoked to the neoliberal model and needed to unyoke itself to become a productive economy.

“We missed the road when we abandoned industrial policy because of the failures of the post-colonial planned economy,” the Imo State-born lecturer said.

He explained that Nigeria must act like Asian countries and embrace developmental state strategically engaging the market to create industrial capacity, stressing that the country was at the right spot to leverage new technology to deepen capability for a real economy.

“We have been sold the falsehood of economic development based on financialisation. So, most of our billionaires are bankers and traders and not manufacturers. We need to build solid economy,” he said.

Amadi advised the Federal Government to review who captures subsidies and for what purpose they are meant.

“This will show that most of these subsidies are rip-off by the well-off. So we may need to remove some of these subsidies and target better those that will benefit from the subsidy,” he suggested. “Subsidy should be rarely allowed and allowed only when it benefits only the worse-off.”

Amadi further said that the world would survive coronavirus but might struggle to survive the economic effects of the virus.

“The figures are not yet in but we will witness severe recession that some people estimate could be to the degree of the 1930s global crisis,” he predicted.

He said the world economy would receive a major hit as commercial and industrial activities shrink.

“Unemployment is already a problem but will get worse as businesses struggle to survive. Countries will inject their economies with stimulus but these will not be enough to get the global economy to pre-COVID-19 status,” he noted.

He urged Nigeria to realise that it must build an innovative economy that could withstand the degree of risks and vulnerability expected of a globalised economy that is unbalanced.