COVID-19: WHO resumes trials of hydroxychloroquine 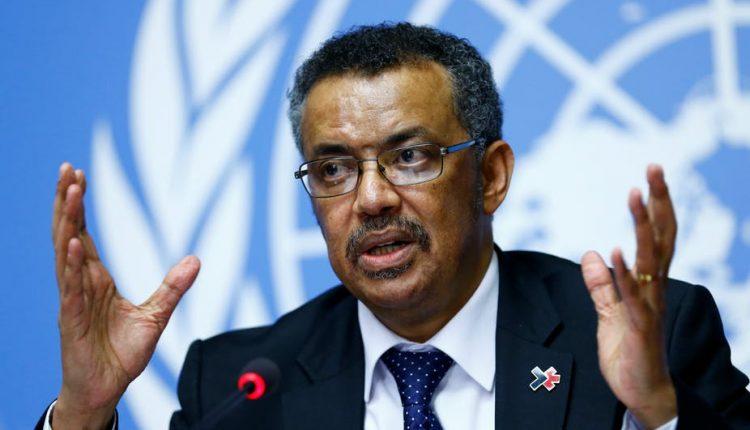 The World Health Organization (WHO) on Wednesday said it is resuming clinical trials of the anti-malaria drug, hydroxychloroquine, to ascertain its effectiveness in treating Covid-19.

WHO announced this resumption a week after the executive group of the Solidarity trial paused the hydroxychloroquine arm of the trial over safety concerns, following a medical study which suggested that the drug could increase the risk of patients dying from Covid-19.

Tedros Adhanom Ghebreyesus, WHO Director-General, speaking at a press conference in Geneva said the decision was taken as a precaution while the safety data were reviewed.

“The Data Safety and Monitoring Committee of the Solidarity Trial has been reviewing the data.

“On the basis of the available mortality data, the members of the committee recommended that there are no reasons to modify the trial protocol.

“The Executive Group received this recommendation and endorsed the continuation of all arms of the Solidarity Trial, including hydroxychloroquine,” Ghebreyesus said.

The DG said the executive group would communicate with the principal investigators in the trial about resuming the hydroxychloroquine arm, while the Data Safety and Monitoring Committee will continue to closely monitor the safety of all therapeutics being tested in the Solidarity Trial.

He informed that more than 3500 patients have been recruited in 35 countries, so far

Ghebreyesus also informed that more than 100 000 cases of COVID-19 have been reported to WHO for each of the past 5 days and the Americas continues to account for the most cases.

“For several weeks, the number of cases reported each day in the Americas has been more than the rest of the world put together,” he said.

The DG expressed concerns about Central and South America, where many countries are witnessing accelerating epidemics.

“We also see increasing numbers of cases in the Eastern Mediterranean, South-East Asia and Africa, although the numbers are much smaller.

“Meanwhile, the number of cases in Europe continues to decline. Yesterday saw the fewest cases reported in Europe since the 22nd of March,” he added.