…as no agreement reached with religious leader on guidelines 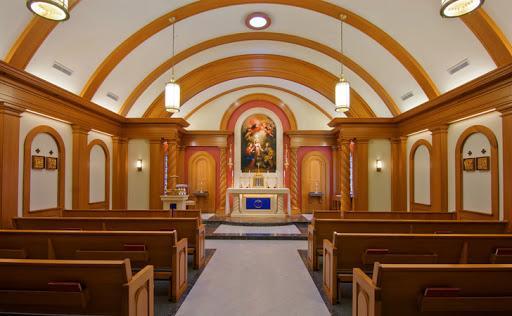 Religious centres (churches and mosques) may not reopen any time soon in Lagos, as the state government is yet to reach an agreement with religious leaders on the guidelines and protocols that will define their operations.

An indication to this emerged on Tuesday at a ministerial press briefing by Anofi Elegushi, the commissioner for Home Affairs, who said notwithstanding the Federal Government’s nod on Monday for reopening of religious gatherings, Lagos is yet work out its own schedule and guidelines with religious leaders in the state.

“Even before the pronouncement by Federal Government, we have been having meeting with religious leaders and the state safety commission to look at the possibility of reopening religious houses.

“We had one with the leaders of the two faith (Christianity and Islam) and I want to state categorically that in that meeting the possibility of reopening religious houses soon was ruled out totally.

‘’They (religious leaders) claimed that they cannot take such responsibility of ensuring that only 20 or 50 people are praying behind them.

“So in the meeting we ruled out in totality the issue of reopening the religious houses until we have cleared the coast for us to do so. The Federal Government mentioned it, but all states will have to look at the possibility of doing so in their respective states,” said Elegushi.

The commissioner acknowledged that COVID -19 infection figures in Lagos were still rising and therefore would define the decision of government regarding reopening of religious centres.

He said the governor would come out with further directives and after which the leaders of the two faith will gather to discuss the pronouncement. “I can assure you that the religious leaders will tell us what to do it.’’

Elegushi also said that the government has started the process of automating the processing of money lending licenses.

He revealed that since the commencement of the process few months ago, it has received 207 applications out of which 184 applicants have been granted approval.

He explained that the decision to automate the process of money lending licenses was to ensure a hitch-free renewal and fresh applications by prospective applicants.

The commissioner added that only one application has so far been declined by the ministry while 22 applications are currently being reviewed, stressing that the initiative would henceforth guarantee easy access to loan opportunities to residents of the state and ultimately provide employment for the youths.

According to him, “the initiative is cost effective for grass root financing and the requirements are simple and straightforward. The forms are available and the processes are very friendly. In addition the automation of the money lending processes would help address several issues of trust that had overtime bedeviled the practitioners.

Elegushi described the various money lenders across the state as mini-micro economic stimulants that creates jobs, generate wealth, alleviate poverty and widens the tax net, thereby increasing the socio-economic status of the state through the provision of enabling environment for small scale business and entrepreneurship.