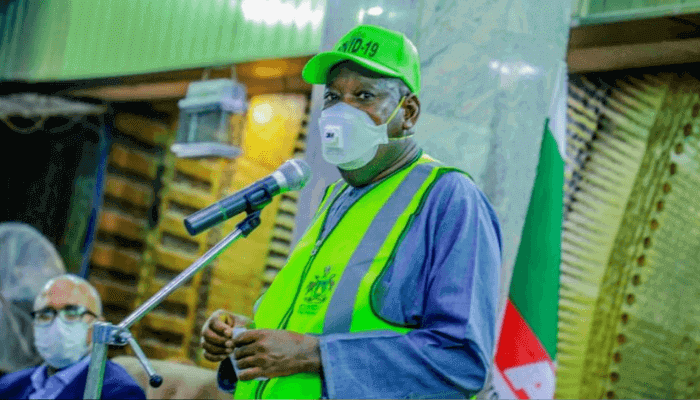 Kano state government has released operational guidelines for the controlled easing of the pandemic-induced restriction, following the extension of the lockdown imposed by the Presidential Task Force (PTF) in the state by another two weeks.

The government said that under the new guideline, the lockdown is now to be partially lifted between the hours of 10am to 2pm on Sundays, Wednesdays and Fridays, as a way of bringing relief to the residents.

Mohammed Garba, the commissioner for information, who made the disclosure, revealed that the measure is to bring a relief of 12 hours per week to the residents of the state, as recommended by the Presidential Task Force.

“Governor Abdullahi Umar Ganduje has directed the state Hisbah Board to hold a meeting with Imams and deploy its personnel to Friday (Jumu’at Mosques) across the state to ensure that worshipers comply with personal hygiene through maintaining social distancing, handwashing with soap, use of hand sanitizers and face masks.

“Government considers it convenient to allow the conduct of Eid Prayers on the Sallah day in all the five Emirates in the state during which restriction of movement has been lifted from 6:00am to 2:00pm under strict observance of safety and prevention protocols”, the commissioner stated.

He, however, explained that there will be no Sallah festivities in all the Emirates including the visit to Gidan Shettima, Hawan Daushe, Hawan Nassarawa, and Hawan Dorayi in Kano and all other similar traditional Sallah celebrations in the four other Emirates.

Garba added that a Committee under the commissioner for the environment had been formed by the government to distribute face masks and sanitation materials to Jumu’at mosques.

The commissioner further disclosed that other ethnic nationalities in the state will also constitute a similar committee to ensure the distribution of sanitation materials and the observance of Covid-19 protocol in their various churches.