…but traders plead for reopening of markets 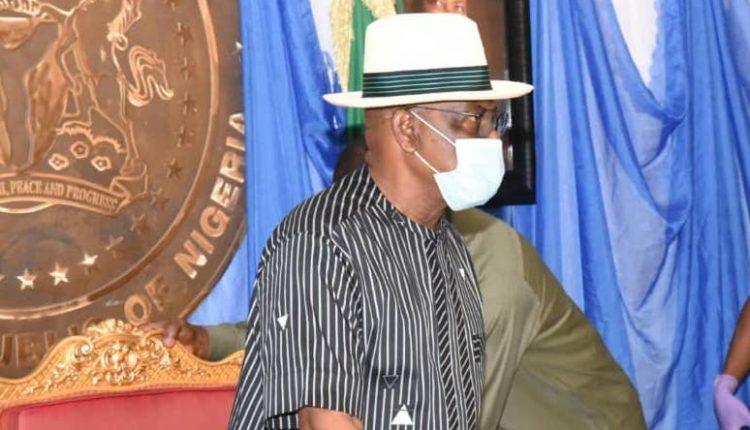 Business leaders in Port Harcourt have welcomed the tax palliative released on Wednesday, July 29, 2020, by the Rivers State government through the Board of Internal Revenue.

Many leaders of the Organised Private Sector (OPS) especially those in the city chambers and those from the investors forum said they were yet to see the government statement conveying the palliatives.

The new package was unveiled in a national newspaper full page public notice where the state government granted tax relief and incentives to taxpayers in the state, ostensibly to  cushion the effects of hardship occasioned by COVID-19 pandemic lockdown.

Gov Wike had also announced the suspension of all informal sector tax drive for the year 2020, noting that the informal sector was the worst hit in terms of the economic impact of the COVID-19 pandemic.

He further suspended all local government taxes and levies for the 2020 tax year, except tenement rate and granted a waiver of 50 per cent on all assessed Capital Gains Tax (CGT) until December 2020.

These measures were released by the executive chairman of the Rivers State Internal Revenue Service (RIRS), Adoage Norteh, who announced government’s extension of the submission deadline of self-assessment and annual returns by individuals and companies operating in Rivers to December 31, 2020 due to COVID-19 restriction of movements which affected businesses.

The government statement had said; “The COVID-19 pandemic and the related lockdowns have resulted in major disruption in economic activities, resulting in negative economic impact, particularly on micro, small medium-sized enterprises (MSMEs).

“Most of these MSMEs operate in the rural areas, with many having limited online connectivity to be able to file and pay their taxes electronically.

‘It has, therefore, become expedient and equitable for the Rivers State Government to ease the compliance requirements for taxpayers, giving them waivers on penalties and interest for late filing and payment of taxes to the extent that they are related to the COVID-19 pandemic.”

The policy also granted a 20 per cent discount on all Personal Income Tax (PIT) assessment issued to owners of schools, hotels, pharmacies and hospitals, as well as other allied businesses in the year to December 31, 2020.

School owners however wondered why their did not attract same 50 per cent discount as capital gains did in the face of continue closure of schools nationwide.

The MAN boss in the state said; “It is a good development in view of the negative impact of Covid-19 on the economy of the state. We also appreciate the warning to the various Task Forces in the state. It got so bad that women who sold morning food under umbrellas were losing their pots of soup and basins of rice, yam, beans, indomie, etc, to these Task Force members who were becoming uncontrollable. We thank the governor and government of Rivers State for this relief.”

Most traders however told our reporters that they were yet to hear the announcement which they said was not yet on radio. Some showed doubt over the sincerity of government and the implementers.

Uchenna Okonkwo, a dealer in electronics, described the tax palliative as timely.

Also speaking, a restaurant operator in Mile 3, Diobu, Port Harcourt,  Mercy Akoh, said: “I have not heard about this tax palliative you’re talking about but if it’s true, it will help us because Covid-19 affected our businesses.”

Goodnews Abasi, owner of a business centre, said: “It’s a considerate package if only government will be sincere; you know that they can say one thing today and do another thing tomorrow.”

At the Rumuokoro area, the traders there said they were not aware of it. They also said their leaders have since stopped to come out for business since the pandemic killed businesses.

They appealed to the state government to rather reopen the markets as real palliative because traders are almost dead.