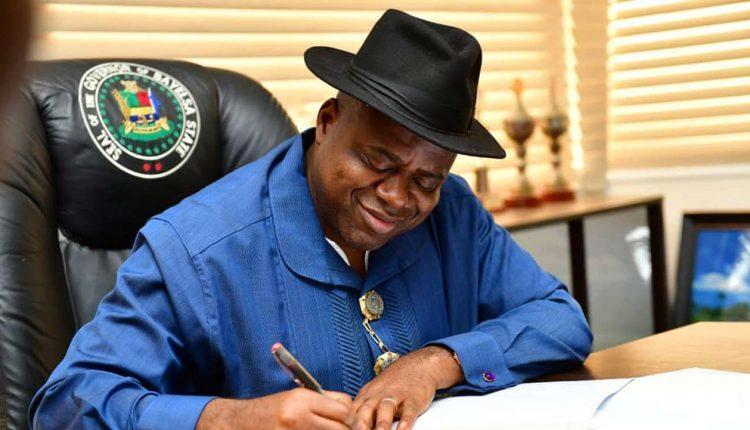 The Bayelsa State government has indicated readiness to pay hazard allowances to frontline health workers combating the coronavirus pandemic in the state.

Governor Douye Diri gave the indication on Tuesday at a meeting with representatives of labour unions including the Nigerian Medical Association (NMA) and Association of Resident Doctors in Government House, Yenagoa.

Governor Diri was represented by his deputy, Lawrence Ewhrudjakpo, at the meeting which included representatives of the Nigeria Labour Congress, Trade Union Congress, National Association of Nigerian Nurses and Midwives, Pharmaceutical Society of Nigeria and Association of Medical Laboratory Scientists of Nigeria.

He reiterated the commitment of his administration to prioritise the welfare of health workers and other challenges affecting the quality of healthcare delivery in the state.

A statement by Doubts Atasi, senior special assistant on media to the deputy governor, said government was prepared to pay the Covid-19 hazard and inducement allowances from April 2020 when the first index case was recorded in the state.

Governor Diri stated that due to a steady reduction in the revenues of the state, Bayelsa does not have the financial capacity to adopt the Federal Government template for payment of hazard and inducement allowances.

He therefore urged the labour unions to show understanding by prevailing on their members to accept the well-considered position of the state government.

“Health issues will never be at the tail of this administration. Rather, they will be on the front burner and occupy a very prominent place as far as we are concerned,” Diri said.

“Our team has had useful discussions with yours. Our position which we are appealing to you seriously to consider is that, we will pay only the frontline health workers who are directly engaged in the Covid-19 response.

“And our position is not in isolation. It is a position we know quite a number of states are working on. Federal Government can afford to do anything because it has less responsibility, but more money.

“On skipping, the Head of Service, Hospital Management Board, the Ministry of Health and officials of the Niger Delta University Teaching Hospital are working hard to get the final figures.

“We take it seriously because we believe that our doctors should not be treated differently from other doctors in the country,” he said.

On their part, the Head of Service, Biobelemoye Charles-Onyema, and Technical Adviser on Treasury, Accounts and Revenue, Timipre Seipulou, called on the unions to come up with more feasible options for government to consider at the next meeting later this week.

Lafarge Africa says donated over N500million towards fight against Covid-19