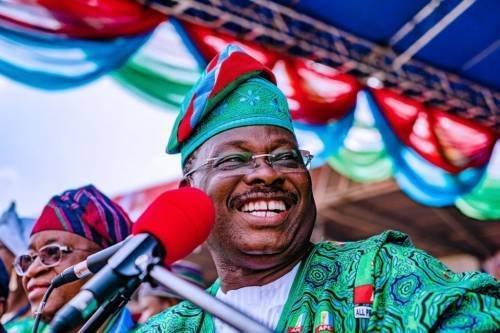 Former governor of Oyo State, Abiola Ajimobi, has added to the growing list of high profile Nigerians that have died of COVID-19-related complications.

Ajimobi, 70, had reportedly been on a life support machine since last Friday at the First Cardiology Hospital in Ikoyi, Lagos, where he had been receiving medical treatment after contracting Covid-19 in May.

His death is yet another wake-up call for many Nigerians who are still in doubt about the reality of COVID-19, despite the country having recorded 22,020 positive cases, with 7,613 recoveries and 542 deaths as at Thursday.

Sulaiman Achimugu, a former managing director of Pipelines and Products Marketing Company (PPMC), a subsidiary of NNPC, who died in March, was the first recorded COVID-19-related death in the country after Nigeria recorded its first case of the virus late February.

Abba Kyari, a former chief of staff to President Muhammadu Buhari, also died at the First Cardiology Hospital in Lagos in April after nearly month-long battle with the virus.

In May, Ola, younger wife of Oladipo Diya, a retired army general and second in command to late former head of state, Sani Abacha, also died of COVID-19 complications in a private hospital in Lagos.

Osagie Ehanire, minister of health, lamented last month that educated and well-to-do Nigerians constitute many of the fatalities from COVID-19 in Nigeria.

“A disturbing picture emerging from statistics is that not only are most fatalities observed to be linked with preexisting diseases, many are educated, well-to-do people, who chose home-based care, where they develop sudden complication and have to be rushed to hospital,” he said.

The late Ajimobi had reportedly slipped into a coma following the COVID-19 complications and was last week rumoured to have died, which turned out false. He finally died on Thursday, June 25.

One of those who mourned Ajimobi on the social media was Dele Momodu, publisher of Ovation magazine.

Covid-19: Hope rises as FG set to announce resumption of flights next week