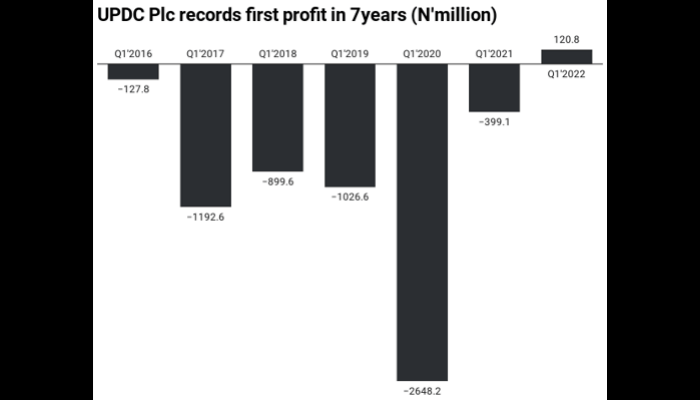 After a short spell of business downturn during which it struggled and gasped for breath, UAC Property Development Company (UPDC) has recorded its first Q1 profit in seven years.

The firm’s profit margin, which measures the degree to which a company or a business activity makes money, essentially by dividing income by revenues, stood at 15.47 percent.

UPDC cash and cash equivalent during the period under review amounted to N2.55 billion, an 8.69 percent steep decline from N2.80 billion reported in the first quarter of 2021.

“Going into the future, besides estate development, we will also be focusing on development management in order to render services to other players in the industry, and to guide people who have projects to do but lack the appropriate expertise,” Odunayo Ojo, the company’s CEO, revealed at an interactive session with newsmen in Lagos recently.