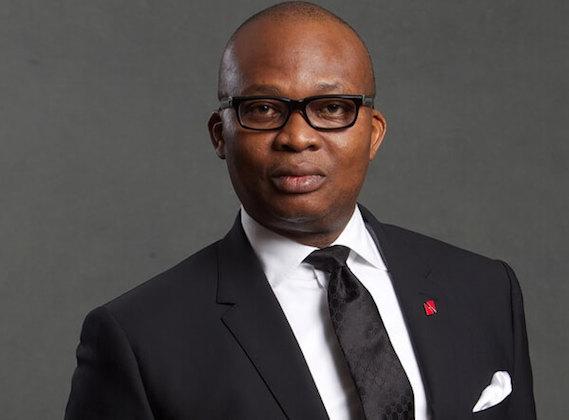 United Bank for Africa (UBA) last Monday announced the appointment of the first non-Nigerian African Executive Director, in a move that epitomises the Pan African character of the big bank.

The lender, also known as Africa’s Global Bank in announcing several appointments to the Group Board and Africa Operations, named Abdul-Aziz Dia, a Senegalese national, as Executive Director for Treasury and International Banking, subject to the approval of the Central Bank of Nigeria (CBN).

“Aziz becomes the first non-Nigerian Group Executive Director of the Bank, bringing a wealth of multi geographical experience to the Group,” UBA said.

The Board appointment is fresh off a restructuring exercise aimed at empowering the UBA workforce, and underlines a broader commitment by the bank to invest in the highest quality human capital.

The Bank welcomed 3,000 new staff members in 2019 and promoted over 5,000 employees. UBA is the largest employer in the Nigerian banking sector, with staff strength of nearly 20,000 employees group-wide.

In his new role, Dia will be responsible for UBA’s global network of operations in New York, London and Paris, together with Group Treasury, where UBA offers a sophisticated suite of products to multinationals, international institutions and African clients, the Pan-African bank said.

Dia, who was previously appointed a Non-Executive Director in UBA in May 2019, boasts of over 25 years of banking experience gained with a niche in Capital Markets and Treasury.

Some of the countries Dia has worked in include UK, France, Senegal, Togo, Kenya, Ghana, Cote d’Ivoire and Nigeria.

He has worked at senior level positions with several international financial institutions including African Development Bank, Citigroup, Standard Chartered, ECOBANK, and UBA Group (both as Functional Head and General Manager). Before joining UBA Group Board as a Non-Executive Director, he served ECOBANK as Senior Vice President, Group Treasurer in charge of FX, Fixed Income, Money Market and Group Balance sheet.

Dia has served on various Boards as an Executive Director, both in Europe and Africa. He holds a Master Degree in Statistics and Financial Mathematics from ENSAE in Paris and is a Harvard Business School Alumni for Advanced Management.

Over the years, UBA has shown a strong commitment to its pan-African network which spans 20 African countries including Liberia, Mali, Uganda, Kenya, Tanzania, Ghana, DRC, Cote d’Ivoire, and Senegal where the lender promotes inter–and-intra-African trade and the inflow of investment capital.

Across Africa, UBA has demonstrated its interest in the development of SMEs and entrepreneurs by supporting training, seminars, social entrepreneurship schemes, conferences, workshops and capacity-building projects put together by organisations that have solid economic empowerment programmes.

The Tony Elumelu Foundation which is a non-profit organization founded by Tony Elumelu, Chairman of Heirs Holdings, the United Bank for Africa and Transcorp, in 2019 promised to remain strong on job creation and empowering African youths.

UBA last year hosted over 20,000 visitors, 100 small and medium enterprises and leading private and public sector players from across Africa in the continent’s biggest entrepreneurial fair.

The UBAMarketplace 2019 was held, on the side-line of the Tony Elumelu Entrepreneurship Forum, the largest gathering of the entrepreneurship ecosystem in Africa and a forum which last year, brought together leaders from various industries, policymakers as well as political figures across the continent.

UBA, through its foundation, is also invested in propelling Africa to higher levels of development through education and the protection of the environment.

The bank’s Read Africa program and National Essay Competition are geared at stimulating the quest for sound knowledge and arming educational institutions/organizations with support and/or resources to meet various learning needs.

UBA has also donated resources to support education in countries across Africa including Ghana and Zambia where books were donated.

Concerning the environment, In May 2008, UBA Foundation signed on to the United Nations Environment Program Finance Initiative (UNEP FI) Statement, pledging its commitment to improving the environment and promoting sustainable development by forging best practice throughout the industry.

The big bank has also rolled out projects in areas outside the ambit of Education, Environment & Economic Empowerment.

UBA saw one of the biggest growth in profit among tier-one banks and in the banking industry for the nine-month period reported last year.

The bank grew profit by 32.3 percent to N81.63 billion after it recorded double-digit growth in both net interest and non-interest income.

The growth was on the back of higher interest income as UBA grew its loan book on a year-to-date basis.

Net fee and commission income rose 25 percent to N63.29bn in the period.

Shares of UBA rose 0.6 percent to N8.4 per share Friday, bringing year to date return on the banking stock to 17.48 percent, above the broad market’s gain of 9.59 percent since the start of the year.

Data from Bloomberg puts UBA’s dividend yield at 10.12 percent compared to an average of 7.9 percent for the tier-one banks.

The bank also has a Price to Earnings (P/E) ratio of 3x compared to a 3.746x average of its big peers. This shows that UBA is currently cheaper than nearly all big bank stocks while it offers juicy returns.

United Bank for Africa, was founded in 1948 making the institution 72 years this year.

UBA serves over 18 million customers across the globe with more than 1000 branches and touchpoints. Last year, UBA won the The Banker Magazine’s African Bank of the Year 2019.

In 2018, the bank received the award of Africa’s Best Digital Bank by the Banker’s magazine.

UBA is led by seasoned and renowned professionals with depth having worked for several years in diverse national and international institutions.

UBA’s mission is to be a role model for African businesses by creating superior value for all our stakeholders, abiding by the utmost professional and ethical standards, and by building an enduring institution.

Connecting Africa with the world, the UK and the USA are part of UBA’s global network and the bank has a presence in Paris, France.

Where is the glory of Nigeria’s latter economy?

How impact investing is shaping lives and businesses in Africa