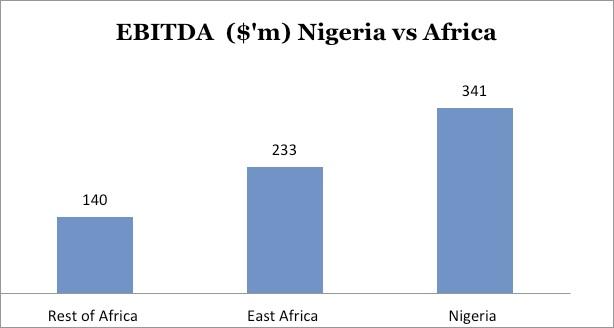 Nigeria remains the major driver of Airtel Africa Plc’s earnings, validating the proliferation of smartphones and favourable demographics that crave for consumption.

Analysts say Airtel Nigeria’s consistent revenue and profit growth shows there remain immense potentials in the local market, but they add that the harsh operating environment is a cause for concern.

Airtel Africa has just released its half-year ended September 30 results (HI-2020), which showed the Nigeria segment outperforming the rest of Africa iN all financial metrics, but there are immense potentials on the continent.

Airtel Nigeria Limited makes up 39 percent ($641 million) of Group revenue of $1.65 billion for the first six months to September 2019, thanks to increasing in subscriber base and stable foreign currency environment.

The accelerated roll out of 4G network by Group (Airtel Africa) in the country has paid off as Data revenue magnified, while customer base continues to growth. During the period, 4G data usage increased by almost 20 times in Nigeria. 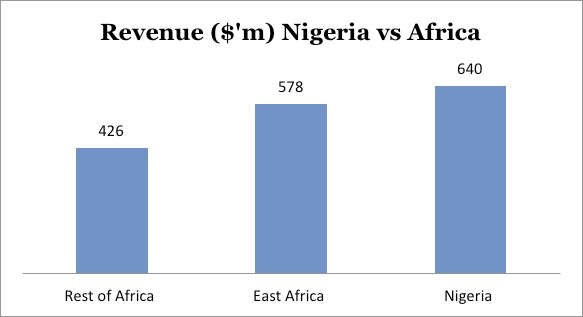 Airtel Nigeria is efficient in the use of owners’ resources in generating operating cash than peers, while contemporaneously curtailing cost.

Its Earnings before Interest Tax Depreciation and Amortization (EBITDA) margins stood at 53.20 percent in the first six months to September 2019, this compares to East Africa, (40.30 percent), and Rest of Africa, (32.90 percent).

“Nigeria is our largest market and we have in recent past invested in 4G, which makes us well ahead of the industry,” said Raghunath Mandava Chief Executive Officer of Airtel Africa, during a conference call.

“This has helped our revenue growth. We see a further uptick in the country. There are immense opportunities in Africa, and we plan to invest in broadband,” said Mandava.

There are enormous opportunities in the Nigerian telecommunication industry as a technology-savvy generation that crave for the social media and the proliferation of smartphones are expected to add impetus to the number of subscribers.

As at August 2019, there were 176.89 million telephone subscribers, though slightly lower than the 174.01 million recorded in March. Telephone density stood at 92.67 percent in August 2019 from 124.05 percent in March 2019, according to data from the Nigerian Telecommunication Commission (NCC).

Teledensity is defined as the number of active telephone connections per one hundred (100) inhabitants living within an area and is expressed as a percentage.

The above voice tariff shows the annualized average cost per minute of a voice call during call traffic peak periods, across all the major telephony operators in the country. It also shows the cost for calls made to a number within the same network (On-Net) and a number on another network (Off-Net).

Information and Communication accounted for 63 percent to the country’s total GDP in the second quarter GDP (Q2-2019), the largest among sectors in the country, but its growth was weak.

Some 700 million new mobile subscribers from various countries across the world will push the total number of global mobile subscribers to 6 billion between now and 2025. Nigeria has been identified among these countries, with others being India, China, Pakistan, Indonesia, according to a recent report by online platform giant, Jumia. 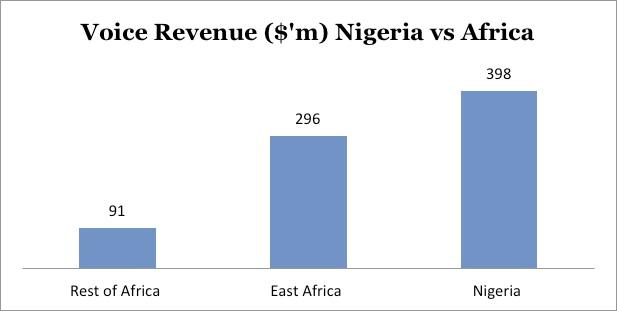 It is predicted that Nigeria will contribute 4% of the estimated 700 million new global mobile subscribers, making it the only country in Africa marked with a significant contribution to increasing mobile penetration in the world.

With a population of 200 million that is expected to reach 400 million by 2050, Nigeria, there are ample opportunities for Airtel Africa to increase its share of the market and deliver higher returns to shareholders in form of share appreciation and dividend payment.

Airtel Nigeria’s recorded operating profit growth of 49.50 percent in the first six months through September 2019, this compares to East Africa’s margin expansion of (22.10 percent), and rest of Africa, (40.10).

Airtal Nigeria has transformed its revenue into cash than its peers, as free cashflow to sales ratio was 38.81 percent, this compares to East Africa, 30.93 percent, and rest of Africa, 16.61 percernt.

Free cash flow to sales is a valuation ratio that measures a company’s surplus cash flow against sales revenues. The ratio indicates how much of a company’s revenue is transformed into cash.FCF/Sales expressed as a percentage is often used to find ‘cash cow’ stocks. When screening the market it’s good to look for FCF/Sales > 5% – that’s often a sign of a high quality company.