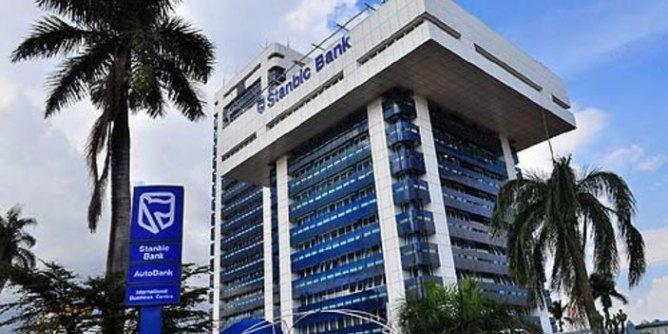 In spite of the Covid 19 pandemic, stakeholders at the nation’s capital market executed N1.01 trillion worth of transactions at half year 2020, a development that means that the Nigerian bourse witnessed 52 percent increase in transactional value when compared with half year 2019 when transactions were worth N661.73 billion.

Analysts have attributed the increase in market transactions this year to the higher liquidity during the current period. Recall that MTN Nigeria, Airtel Africa and BUA Cement were admitted to the main board of the NSE in 2019, the influence of these stocks on market liquidity began to be felt in the second half of 2019.

“The first port of call is to clarify that both the sell and buy activities constitute market transactions. In 2019, MTN Nigeria, BUA Cement and Airtel Africa were listed and these stocks added to the liquidity of the Nigerian bourse.

“Second, the low level of transactions last year could be attributed to the general elections because people knew there would be general elections and as a result held back to know which direction the country was heading. This year, nobody knew there was going to be covid 19. The pandemic has triggered different reactions from market players”, said Fola Abimbola, an analyst at FBN Quest.

Stanbic IBTC Stockbrokers led the value chart in both periods, only that the level of patronage in the current period at N128.17 billion was lower than N148.17 billion it recorded at half year 2019 by 13.43 percent.

EFG Hermes posted impressive result among the top ten stockbroking firms as the value of transactions skyrocketed by 171 percent from N43.7 billion in H1 2019 to N118.5 billion in H1 2020. EFG Hermes is the leading investment bank in the Arab world. The investment move it made in 2018 when it acquired Primera Africa Securities Limited is now paying off, confirmed by the significant improvement in the value of transactions during this period.

Rencap Securities recorded N82.2 billion worth of transactions in the first half of this year, which made the investment firm the third most patronised among the securities firms licensed by the NSE. This level of performance also means that it was able to improve on N64.9 billion recorded at half year 2019 by 27 percent. It was the fourth most patronised investment firm between January and June 2020.

Cardinalstone Securities traded N50.6 billion worth of equities, to be ranked 5th this year June compared with N18.8 billion worth of transactions it traded at half year 2019 when it was ranked 9th.

Chapelhill Denham Securities traded N34.2 billion worth of securities in the first half of 2020, which represented 37 percent increase over N24.9 billion recorded in H1 2019. It was ranked 6th in H1 2020 as against 7th last year June.

Tellimer Capital occupied the 7th position of the value chart this year’s June with N33.5 billion worth of transaction, which amounted to a 75 percent increase over N19.2 billion traded in June 2019 when it was ranked 8th on the value chart.

Cordros Securities ranked 8th by June 2020 as it traded N31.4 billion worth of securities. This is a major improvement to the investment house because as at June 2019, Cordros was not among the top ten stockbroking firms on the NSE.

Meristem Securities made it to the top ten stockbroking firms in June 2020, indicating that the measures put in place by its management are yielding fruits. It traded N28.9 billion worth of securities between January and June 2020, whereas it missed out on the top ten value chart by June 2019.

FBN Quest Securities ranked 10th in both 2019 and 2020. Even at that, the investment house recorded 51 percent increase in the value of its half year transactions which rose to N26.2 billion in June 2020 compared with N17.4 billion in June 2019.