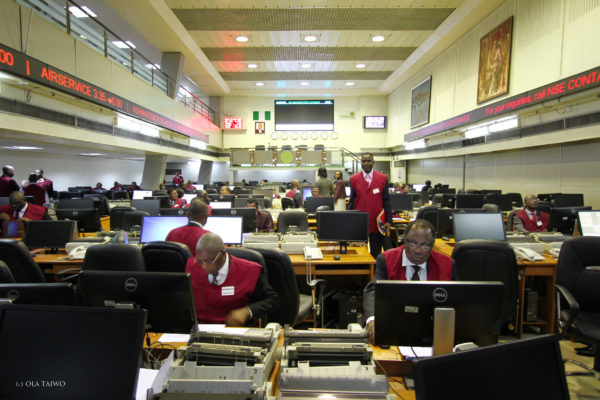 The rally that lasted 8 days (11 days counting from last year) until Tuesday helped push NSE year’s return to positive region after a disappointing 2019. But stocks in Oil and Gas and Consumer goods sector haven’t benefitted, having declined so far in the year.

Oil and Gas stocks have plunged 6.12 percent in 2020 and Consumer Goods have shed 2.3 percent to be only sectors costing investors money amid NSE’s best run since mid-2017.

While the laggards are down, Industrial Goods is up 15.37 percent with Banking and Insurance at 8.88 percent and 1.82 percent respectively. The market declined 1.17 percent in the day’s trading after investors took profit on Tuesday.

The poor sentiments towards the underperforming sectors point to fundamental-and perhaps perennial-problems that weigh on company performance and limit growth potential.

Consumer Goods firms, on one hand, struggle with slower sales on the heels of shrinking consumer wallet, and infrastructure lapses in Nigeria that push their cost up and crimp profit, while downstream Oil and Gas sector players have to operate in an environment where the government-owned-NNPC is both regulator and competitor.

The decline seen in the stock market last year was heralded by warnings that unclear policy direction and government’s reluctance to allow market forces prevail would negatively impact investor confidence in the economy.

In the Nigerian moribund downstream Oil and Gas, Conoil saw its profit growth pare to 7 percent in nine months of 2019, down from 16.9 percent growth the year before.

Losses worsened for MRS Oil while Total recorded a loss in the period.

Nigeria, unable to refine its crude oil, relies on foreign refineries from which products such as petroleum naphtha, gasoline, diesel fuel, asphalt base, heating oil, kerosene, liquefied petroleum gas, jet fuel and fuel oil are imported into the country, albeit at significant cost.

The government has argued that such a cost would be a burden on Nigerians, hence pegged the price of fuel at N145 per litre.

The arrangement was not commercially viable for downstream firms hence they left importation solely to the NNPC.

NNPC, therefore, bears the cost of importing fuel (more than N200 per litre at market price) and sells at a lower cost to players in the downstream (called under-recovery) but insists the oil marketers and distributors maintain the N145 per litre maximum selling price.

The arrangement analysts say leaves little room for the players who face different kinds of cost (seen in high cost margins) in a business where revenue can only be driven by volumes since the price of their main product has been capped.

Economists have said such consumption subsidy is an inefficient use of public resources although the government says it is concerned about the impact subsidy removal would have on already improvised Nigerians.

Meanwhile, changes to fiscal regimes in Nigeria’s upstream driven by government’s quest to boost its revenue is having the unintended consequences of discouraging investment in the oil and gas sector, with IOCs said to be exiting the country.

“Nigeria has to be aware that we are competing with other countries for investment,” an economist told BusinessDay. “The government must make hard decisions to make this country attractive to investment and support businesses.”

Royal fathers, others to converge at Okori Eleme as King Appolus Chu marks 50