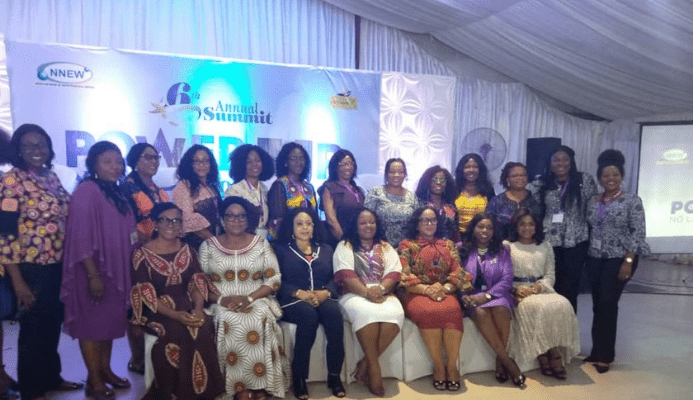 The NECA Network of Entrepreneurial Women (NNEW) has perfected arrangement to hold the seventh edition of its annual summit and conference, themed ‘Moving to Mastery,’ scheduled for Thursday, October 22 and Friday 23rd, 2020.

NNEW, which is also celebrating the 15th anniversary of the Business Membership Organisation (BMO), said the summit is geared towards preparing women to master their businesses. Speaking during a media conference held in Lagos at the weekend, Funmilayo Arowoogun, president of NNEW, who noted that women have done well for themselves in their respective businesses, said there was need for them to do more in order to master their businesses and be on top of their games.

“Women have continued to hold their space in the world of business. NNEW’S vision of being the preferred network for building generations of successful women entrepreneurs has continued to drive members and leadership of the network to achieve more by not just doing business, but to be the master of their businesses with excellence in focus,” she said.

According to her, the last 15 years of the Network has witnessed major transformation beginning from the pioneer members, who have grown their businesses to an enviable height within the business community.

She pointed out the major achievement of NNEW to include building a network of women who are doing well and making impact in their entrepreneurial journey. She however noted that NNEW has five chapters in four geographical zones and they include Lagos, FCT, Rivers, Ogun, and Kwara state.

The President however acknowledged the efforts and commitment of past leaders who are still very supportive and dedicated to the vision of NNEW. On the summit, Bolanle Edwards, chairperson of the Planning Committee, said the annual event, which is targeted at the members of the Network as well as the larger community of women entrepreneurs, will hold realtime and virtually, which is first of its kind.

According to her, every succeeding summit is always an improved version of the previous and this year edition will not be an exception despite the challenges of Covid- 19. She however charged participants to prepare themselves to maximise the opportunity, the learning, and the exposure ‘Moving to Mastery,’ offers.