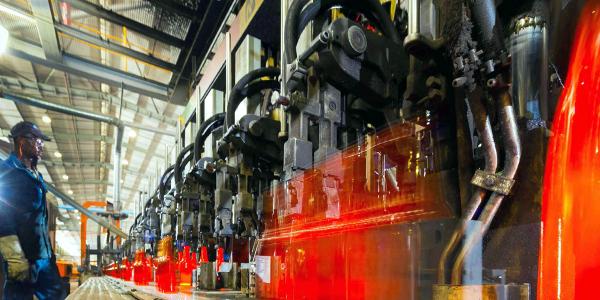 The group wrote down businesses in Nigeria and Angola countries by R3bn, an amount that is almost four times its market capitalization of about R770m, noting that profits were also at risk from South Africa’s ban of alcohol sales under lockdown.

In its six months result for the period ended 31st March, the group swung into a loss of about R2.4bn from profit of R653.3m previously. Nampak revenue fell 17percent to R6.5bn, with the group already facing tough operating conditions, including in SA, where festive season sales were lower than expected.

Nampak said the outlook in Nigeria and Angola in coming months was gloomy, and given the collapse in oil price, it was possible these countries could feel the effect of foreign-exchange shortages, which would weaken their currencies.

“In order to protect the group’s balance sheet and in the light of anticipated foreign currency shortages resulting from the lower oil price, raw materials will only be supplied to both Angola and Nigeria to the extent that these businesses can obtain the required foreign exchange to fund the importation of raw materials,” the group said

“As a result of Covid-19 and negative macroeconomic conditions, it is expected that future market growth will be lower than previous expectations. It is expected that demand for general metal packaging will remain under pressure for the rest of the year,” the group said

Nampak sold its Nigerian paper packaging unit last year as part of plan to shrink its portfolio and boost returns. It however retained its aluminum and tin canning products and services in Nigeria, on the back of a solid growth in demand for beverage cans in the country.

Pre-coronavirus period shows that the company’s core beverage can business continued to perform well in Nigeria, with double-digit market share gain and increased sales volumes, an indication that expansion on its production facility was imminent which would further increase Nampak’s ability to tap into the fast-growing Nigerian demand for cans.