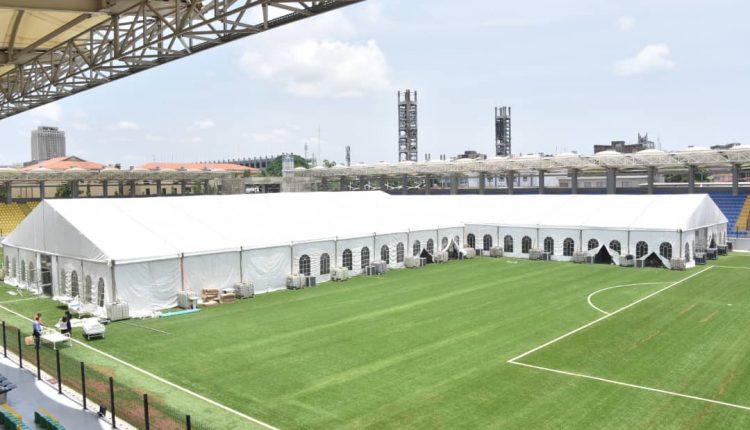 Lagos State government is partnering with Guaranty Trust Bank (GTB) in setting up a new isolation and treatment centre at the Mobolaji Johnson Arena (formerly Onikan Stadium) as additional measure to handle the Coronavirus (Covid-19) pandemic.

Nigeria announced 14 new cases of Coronavirus late Thursday, taking the nation’s total to 65. Out of the new cases, two were from the Federal Capital Territory, while the remaining 12 were from Lagos, which now accounts for 44 of the cases in the country.

Lagos State governor, Babajide Sanwo-Olu had announced on Tuesday that more isolation centres would be built in the event that more cases are recorded in the state.

This is to take the centres closer to the people in order to avoid traveling long distances from different parts of the state to access the only existing centre in Yaba.

In line with the promise, the new isolation centre is nearing completion at the former Onikan Stadium, Lagos Island, with the active support of GTB.

The government plans to have the isolation centres located across the five divisions of Lagos- Ikeja, Badagry, Lagos Island, Ikorodu and Epe.

This, the government believes, will also ensure a seamless and coordinated approach towards the quick identification and isolation of suspected cases without overwhelming the infectious diseases hospital at Yaba.