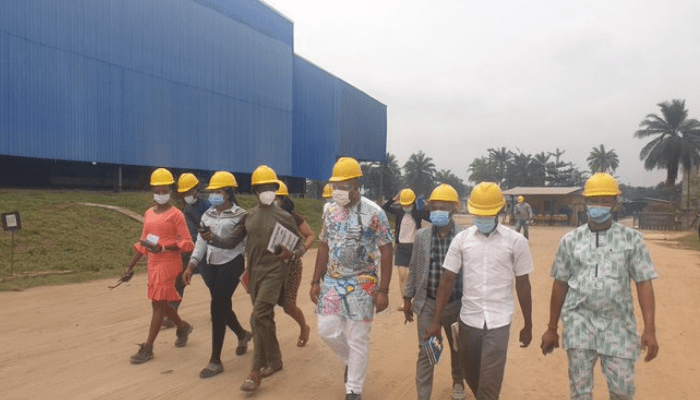 A thread on Twitter from a private investigator with the handle, @Truthfully83, on August 12, 2020, had accused the company of physical assault on workers, sexual harassment, and bad working conditions, among others.

The allegations brought serious condemnation and outcry from Nigerians against the company, prompting the Abia State Government to set up the committee led by, Uwaoma Olewengwa, State’s commissioner for Industry, to investigate the allegations.

Olewengwa, while presenting the committee’s findings to Governor Okezie Ikpeazu, explained that they interacted with the management, staff, and host community in course of their work and found out that most of the allegations were false.

The committee recommended among other things that the State Ministry of Industry, should live up to its responsibility of regular supervision, to reduce incidents of non-compliance to rules of engagements and global best practices.

Ikpeazu congratulated the committee for work done and promised to set up an implementation committee to study and implement the report accordingly.

Abia State Governor, described Inner Galaxy Limited, as a flagship industry in the State, which according to him, has made Abia the foremost State in the recycling of waste metals, describing the company as a hen that is trying to brood.

He urged Abia communities to be circumspect in managing the relationship with investors, assuring that his government is committed to ensuring that host communities and workers are not short-changed, by investors.

Ikpeazu stated that his administration is working hard to untie shackles around ailing industries in the State, such as Modern Ceramics, Umuahia, Aba Textile Mills, and Aba Glass Industry.

He affirmed that his administration’s effort at reactivating moribund industries has thrived, as Golden Guinea Breweries is back and bubbling.

Ikpeazu noted that government has the responsibility of ensuring that private industries in the State operate within the confines of the law and vowed to continue to provide an enabling environment for them.

The Governor appealed to elites in Abia State, including those from Ukwa West Local Government Area, to support the education of their youths, in order to make them employable and be part of the emerging industrial city in the area.

He further charged the youths to see industries in their communities as sources of revenue and development, and show support to them.

The Governor noted that manufacturing companies are of greater benefit to their host communities, as they can provide jobs to all strata of people.

When a bank puts SMES first